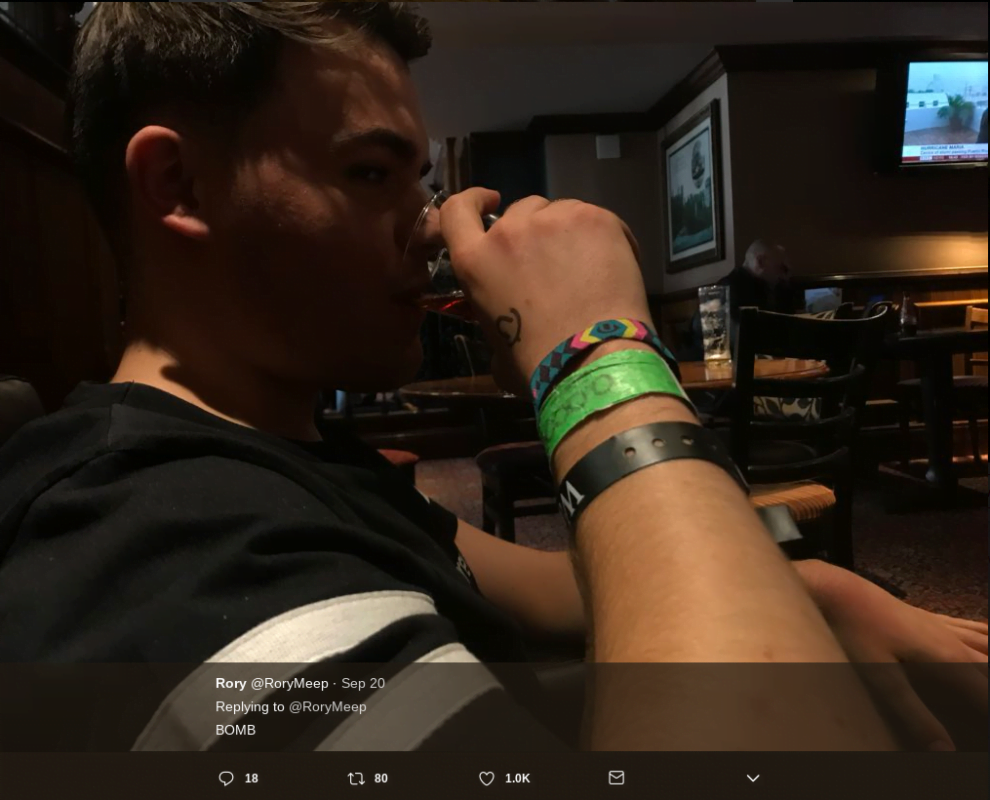 The generosity of strangers is mostly a beautiful and awe-inspiring thing but sometimes, it can be mocking and sarcastic. Wetherspoons launched its app a few months ago and now when you eat/drink at a Wetherspoons pub, you don’t even have the inconvenience of having to walk to the bar- you can just sit at your table and have your drinks brought to you.

Twitter user @RoryMeep tweeted a photo of his friend Nick, along with their table number and location and asked his followers if anyone would send his friend a birthday “bev” on the app. At this point, you may be asking yourself how much money the Internet is willing to spend on taking the mick out of strangers. Well the answer is about the cost of a non-alcoholic Becks, a few glasses of milk and a plate of peas.

This was Rory’s initial innocent request for a few drinks from his followers:

As you can see, the tweet now has over 13,000 retweets and hundreds of replies.

Twitter probably didn’t really want to encourage drinking and so its users decided to give Rory and Nick a calcium boost:

The best donation came from this anonymous Twitter user:

On the bright side, the two friends did get a couple of proper drinks from generous people online: