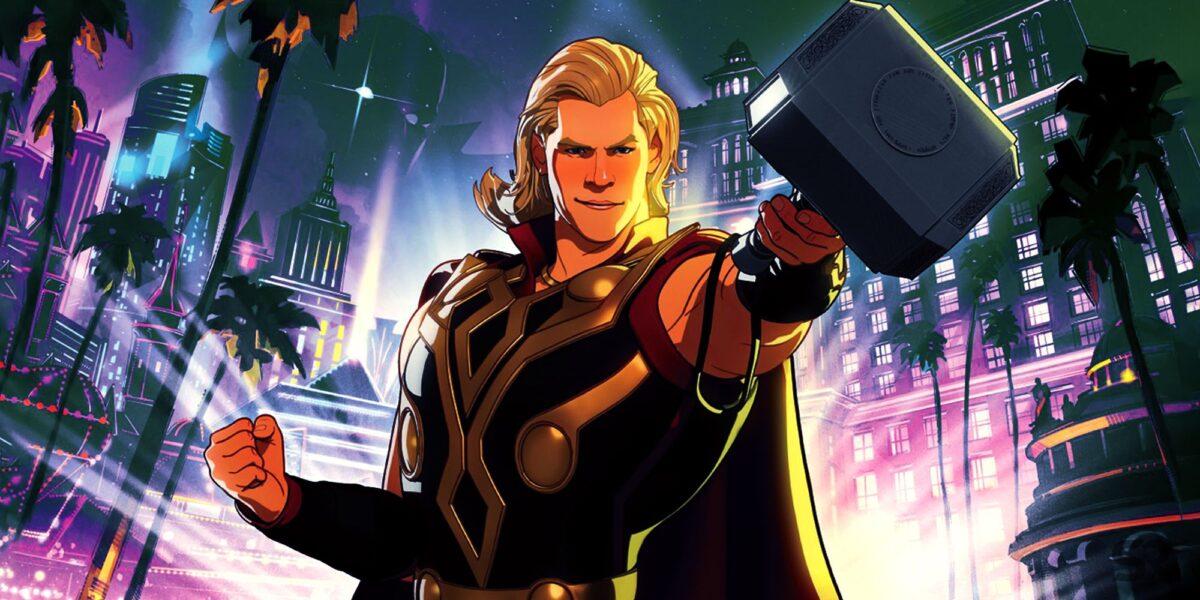 This week, Marvel released the seventh episode of their first animated series What If, starring Chris Hemsworth, Natalie Portman, Kat Dennings, and Tom Hiddleston. The show explored the possibility of Thor’s life as an only child, as if Loki and he are unrelated.

At the beginning of the episode, we see Thor crash land on Earth. In this alternate reality, he is raised as a single child, and without his brother (Loki), supplying adequate mischief across Asgard, Thor grew as an extremely different prince. 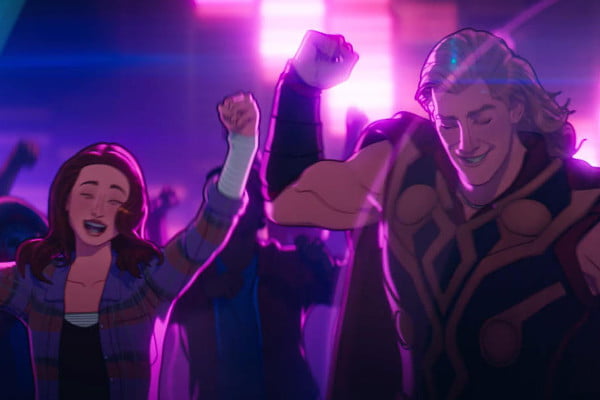 His harmless chaos and wild persona is infectious to all those around him, yet does not fool Doctor Jane Foster at first. They share a spontaneous night of partying and form an instantaneous connection, yet Thor’s new relationship is certainly the least of his concerns.

S.H.I.E.L.D intervene as their hunt for a destructive creature might have come to an end due to the recent sightings of an unearthly being. They, as well as with the help of Captain Marvel, courageously attempt to end Thor’s untamed parties and restore a sense of normality to Earth.

Recommended Reading: Review of ‘What If’ episode six 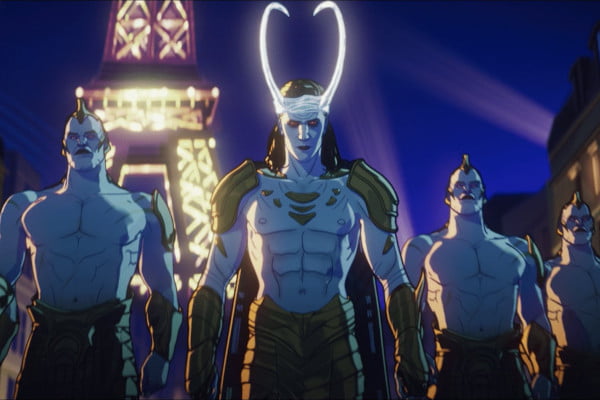 Despite their courageous efforts, in the final moments of What If episode seven, we see that only Thor’s beloved mother is able to bring him down from his podium, restoring reality to him. In turn, this encourages Thor to resolve all of the mishaps that have taken place during his countless gatherings.

A remarkable aspect to this episode is that there is an explicit connection between Thor and Jane. Just like when we are initially introduced to them in the first film, Thor, it is joyous to watch their relationship. It is great that this portrayal is such a close reflection of their dynamic in the Marvel films – they are hopeless romantics.

Another feature of this episode worth noting is that characters who had never previously met in other Marvel films had the chance to share scenes here. Despite Loki appearing in an unfamiliar form, it is still enjoyable to see him briefly interact with Captain Marvel.

As well as this, it was beyond fulfilling to watch Captain Marvel and Thor in several epic fight battles. It is clear that Marvel played on the competitive tension between the two in Avengers: Endgame.

Overall, I highly enjoyed the most recent instalment of What If and definitely think that it was the best episode to date due to the development of various characters, and the exploration of even more possibilities in the Marvel Cinematic Universe.