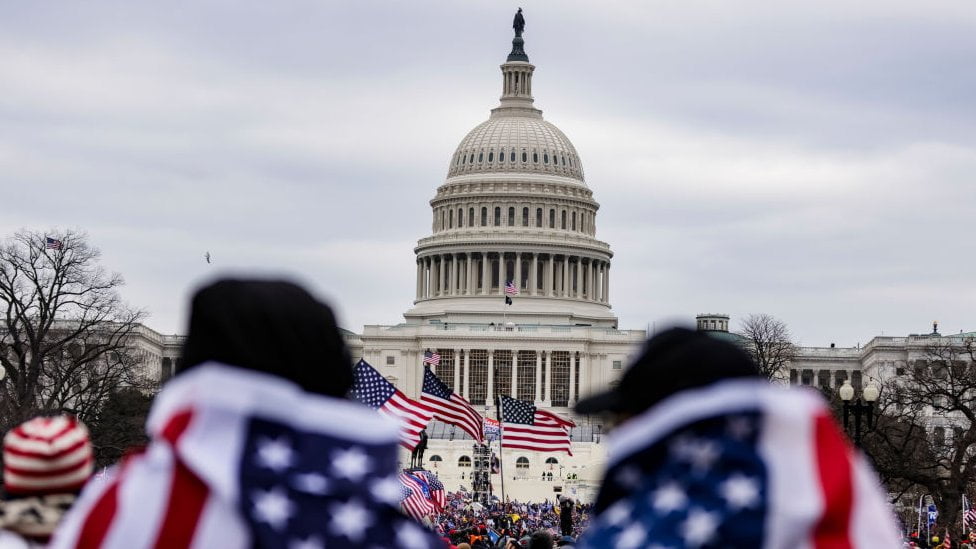 On January the 6th Trump supporters stormed the capitol building in Washington, incited by President Trump himself. He told his supporters at a rally in DC on the morning of the event: “you’ll never take back our country with weakness. You have to show strength and you have to be strong.’’ This speech was extremely inflammatory. And there is no doubt it played a role in starting the riots. Unfortunately, Trump’s speech was not the only cause. Republicans planned the attack weeks in advance. In fact, it became a sort of inside joke for Trump supporters online.

In this alarming video (posted 21/12/2020) the man on the right-hand side of the screen states “We are not a globalist nation, we are America first and the patriotic party is gonna show you, January 6th, in droves, what we look like and what we’re prepared to do. This will probably get bad. Godspeed and hold fast.”

It is beyond reasonable to suggest that I, a 17-year-old on the other side of the world, knew more about this than American intelligence services.

The US government had to have been aware of the risk. So why was appropriate protection not put in place? There was ample time to prepare, the storming of the capital building could not have come as a shock to them.

After a failure to prepare for the attack, the response by the Department of Defense was a disgrace. They initially declined requests to deploy the national guard. Instead, they offered to take police officers from other areas of the city to provide support yet awful footage from inside the building shows one police officer armed with a baton facing off against the mob.

There is no doubt, Trump allowed this to happen. Trump encouraged his supporters to take action. He even praised them during the event in a short video clip barely disguised as a request for rioters to go home. He said “go home. We love you. You’re very special… I know how you feel.”

Perhaps even more upsetting for some is the clear double standards the fiasco has revealed. The national guard was present at BLM protests all over the US last year, and in much greater numbers than we saw on January 6th. They were even present at the peaceful protests, in many cases they became the aggressors. All too happy to use rubber bullets and tear gas. Yet when it came to republicans rioting they were allowed to smash windows, climb balconies, and break government property.

This image shows Trump supporters having broken in to the capitol building on Wednesday afternoon.

The events of January 6th showed to us all, the desperate last attempts of a sad old man, willing to wreak havoc on democracy to hold on to power, resorting to crazed followers dressed up in costumes like children to enact his will.