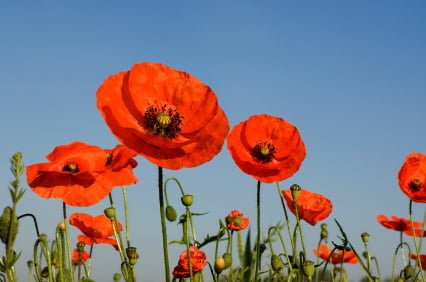 November means one thing, mainly: it means it’s poppy season. Remembrance Day falls in this month, and it is always a time of great reflection for the nation. Yet this November, there is quite a stir on social media about the red poppy, with a few individuals equating it with supporting racism and homophobia.

This tweet in particular was one that got me thinking. How on Earth have we as a country gotten to the stage where wearing a red poppy represents the alleged “white mobs” which “lynched” black people in Britain after World War One?

The answer to that question is, unfortunately, an overly political correct and liberal-obsessed society. People have become so obsessed with finding something wrong with history and our country’s past that we can’t even honour the people who fought for the freedom that these social justice warriors on Twitter are desperate to promote and use.

If these social justice warriors bothered to educate themselves about British history, they’d know that after World War One, Britain got incredibly more tolerant and liberal. Of course, we had yet to elect Churchill, who was indeed a racist, but society as a whole changed. To say that the poppy, then, somehow represents racism and homophobia is utterly ludicrous. It represents every single soldier who fought – regardless of race or sexuality.

So, your little rainbow poppy (along with your purple and white ones) is a waste of time and energy, by the way. This is especially because it doesn’t even donate to the Royal British Legion – the charity which helps to remember the fallen and rehabilitate those returning from war today. I’m not homophobic – I’m just not outraged for outrage’s sake.

A red poppy does not in any way, shape or form symbolise oppression. The red poppy symbolises the sacrifice made by the millions of soldiers who have fought for our freedom and rights since World War One. And it symbolises the men and women who are fighting today in wars all around the world – people who have left their families at home to devote their life to service.

If you’re so desperate to make a political point about racism and homophobia in Britain’s past, the place to do it is not on Remembrance Day. It is the height of disrespect to do that – not only to those who have fought and passed, but to those who still fight today.

Don’t make a red poppy into something it’s not.