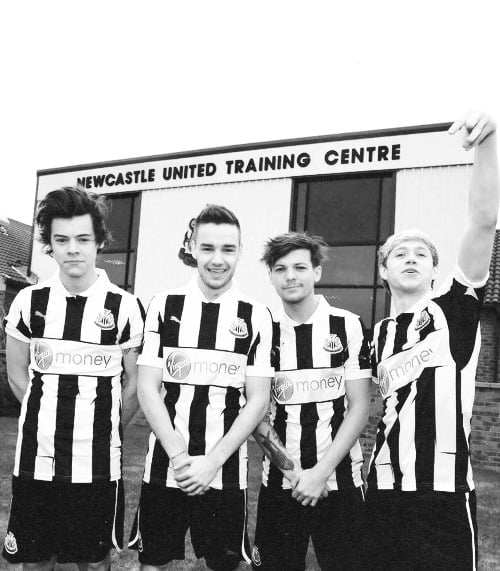 Ten years ago on this very day, a very special band was formed. If you’ve been with us at b**p from the start, you’ll know we’ve covered the band’s highs, lows and albums over the years. So it’s only right that we have our turn on such a momentous occasion.

According to Simon Cowell, after they all got rejected at the audition stage, it took him fifteen minutes to put the five awkward boys together. Little did anyone know they would go on to come third in the competition and achieve world domination with their debut album Up All Night.

Over the ten years there have been scandals (that weed incident with Louis and Zayn), rumours (that Louis and Harry were secretly a couple… though that one was true) and lots of laughter. Zayn left the band in March 2015, and we panicked. In fact, a group of b**p writers were all in the same room when it was announced.

His departure didn’t stop the four of them going on to finish a world tour and produce a banging pop-rock album: Made in the AM – the last studio album from the band before their five-years-and-counting hiatus.

Each member of the band has managed to cultivate their own successful solo career, particularly Harry Styles, who has totally changed his image since. Those who thought One Direction infection was cringe are now posting Instagram stories with Watermelon Sugar and Falling playing in the background. We see you.

Yet all of this success hasn’t gone without tragedies. Four years ago Louis lost his mother to an aggressive form of leukaemia, and his sister only a few years later. Harry lost his stepfather (who’d been in his life pre-X Factor) to cancer a few years back too. And there have been children born: Louis has a random son in LA and Liam is Cheryl Cole’s baby daddy. Didn’t see that one coming…

What an interesting ten years it has been. Speculation of a renuion, however, remains just that: speculation. Nevertheless, the music roaylties are still flooding in and all the ‘Directioners’ out there (myself included, obviously) are still having a good time.

One band. One dream. One Direction.