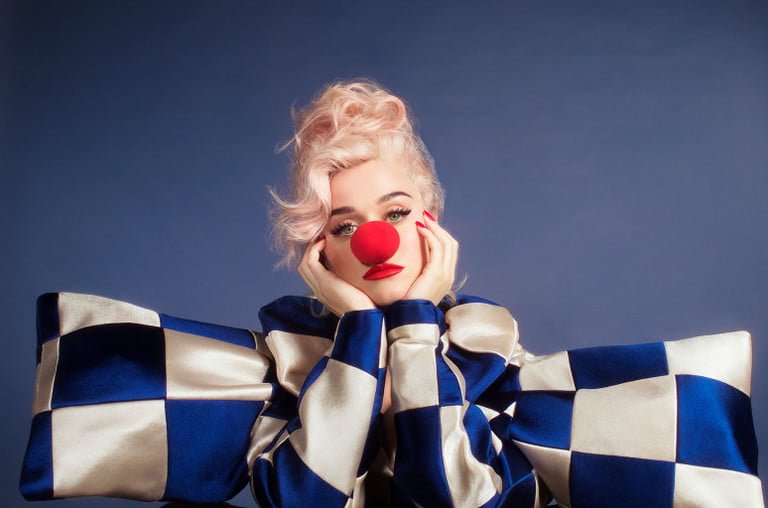 Once upon a time, Katy Perry was the ultimate Queen of Pop. If she released a song, she dominated the charts. With her album Witness, none of this happened. A whole era of her career was, as she admits, a failure. Two days before the birth of her first child, Daisy Dove Bloom, Perry released her latest album Smile.

Everyone everywhere has heard Smile – the song – on their radio. The catchy beat, happy lyrics and classic nasal Perry vocal. It’s a radio tune through and through, and it’s what the album is all about. Smile is a themed album: the theme being a circus. Perry’s a clown who was sad, but now she’s happy. It doesn’t take you long to understand why she was depressed; she tells you straight up that she failed last time round and had to adapt as a result.

Favourites from the album are Resilient which at first, I was worried was too cheesy. However, after listening again, I realised it could have easily been featured on Teenage Dream, the best album of Perry’s career. Only Love and Tucked are two of the best songs on the album. I can say that I was impressed by them for sure.

Then there is the Witness-style song Champagne Problems, but it’s not too much like the last album. Electronic pop it is, but it’s not autotuned to hell and written for dance clubs. It’s a groovy beat. But I think it adds to the mediocrity that Perry has fallen into recently, and it doesn’t make me want to stream the album over anything else I listen to – especially when half of the songs are already on my playlists anyway.

Perry’s problem with Smile is that she released the gold far too early. Never Really Over – one of her best songs ever – was released randomly over a year ago. Now it appears on this album. In my view, that was an error. As was releasing What Makes a Woman, Daises and Smile before the album came out. Because when it did, it felt seriously underwhelming. If I had been given the chance to listen to it as one whole unit, I think my review would have been better.

Smile is a good album overall, but it felt mediocre when I listened to it because I’d heard all the good songs already. Perry is getting back to her prime, I can feel it. But, admittedly, she’s not quite back just yet.