Of course, this is usually a problem that doesn’t arise for the majority, as public schools are generally mixed. However, in recent months this timely belief has resurfaced. The harrowing testimonies of sexually abused schoolgirls on the Everyone’s Invited website has lead many parents to wonder about what kind of school will best safeguard their daughters.

What is Everyone’s Invited, and what are the implications?

‘Everyone’s Invited’ is an anti-rape movement organisation based in the United Kingdom, focused on exposing rape culture through “conversation, education and support”. In June 2020, Soma Sara, the founder of this movement, began sharing her personal experience of rape culture via Instagram.

Immediately, Ms Sara received a number of messages from not only those who felt that her experiences strongly resonated with their own, but also those who detailed their own stories of misogyny, harassment, abuse, and assault. As a result, the movement was borne out of these stories revealing the urgent need to tackle deeply entrenched patterns of abuse that exist all around us.

The anonymous platform of Everyone’s Invited allows survivors to come forward with their stories about sexual assault and rape, with the motivation of eradicating rape culture and bring awareness to the many stories that exist. 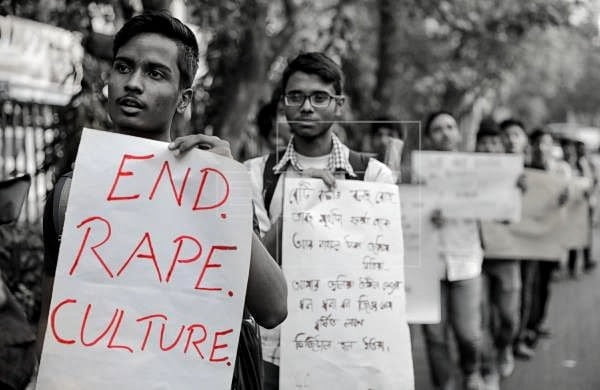 These stories are so important. They are incredibly distressing, and I urge readers to keep that in mind if you decide to look through the website. This is a trigger warning of content that includes rape and sexual assault, abuse (physical, mental, emotional, verbal, sexual), eating disorders, self-harm, suicide or suicidal ideation, violence, child abuse/paedophilia.

When looking through the stories submitted, there is a large percentage that comes from named private schools. It is easy to jump to the conclusion that single-sex schools would be better as a result, but that doesn’t really amend the heart of the problem here. Children and young people are entering safe spaces and are being sexually assaulted.

These testimonies clearly demonstrate the issue is not about the type of school, whether single-sex or co-educational, private or state, but the general ethos, and how proactive the school is in “addressing gender and power”. There are teachers that have been placed in positions of authority that take it upon themselves to use that to a disgusting advantage over young girls.

It can be argued that there is likely to be less sexual harassment in single-sex schools. But it can also be argued that this conversation should not have to exist in the first place. It no longer shocks people that these safe spaces contain sexual misconduct and that is incredibly worrying as a young person in an educational establishment. I encourage readers to educate themselves.

Parents should be able to send their children to schools with the utmost confidence that they are in a safe environment and the fact that this is being questioned is a disgrace. At the end of the day, schools have a responsibility to end rape culture.