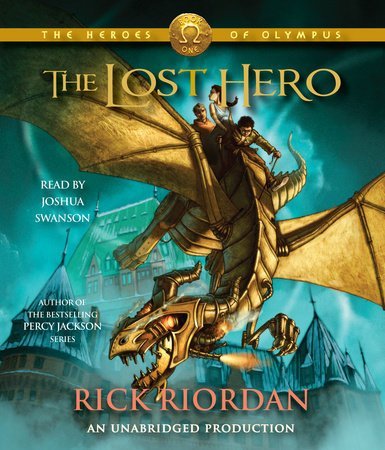 Published in 2010, Rick Riordan’s Heroes of Olympus: The Lost Hero is a great young adult book. Best for those over the age of 13, it is part of a pentalogy of fantasy novels written by Riordan.

At the beginning of The Lost Hero, Jason doesn’t remember anything before waking up on a school bus, holding hands with a girl who claims she’s his girlfriend. Her name is Piper, and Jason’s best friend is called Leo – all of them go to a school for ‘naughty kids’. What he did to end up here, Jason has no idea what’s going on, but he knows it seems wrong.

Piper is a young teen with a secret. Her father has been missing for three days, and her vivid nightmares reveal that he is in terrible danger. Her boyfriend doesn’t recognise her and, when on a field trip, they get attacked by strange creatures. Jason, Leo and Piper are sent to a school called the Half-Blood Camp.

This book is a must-read if you love adventure. You never know what is going to happen next. I love the way Riordan uses the most interesting storylines for all of his characters. I also love how identifiable this book is with people and the messages within Heroes of Olympus that help readers with even their everyday problems.

The only thing I didn’t like about this book is that there is sometimes too much going on at once in chapters. Other than that, I’d definitely recommend this book – and you’re missing out if you haven’t read it.