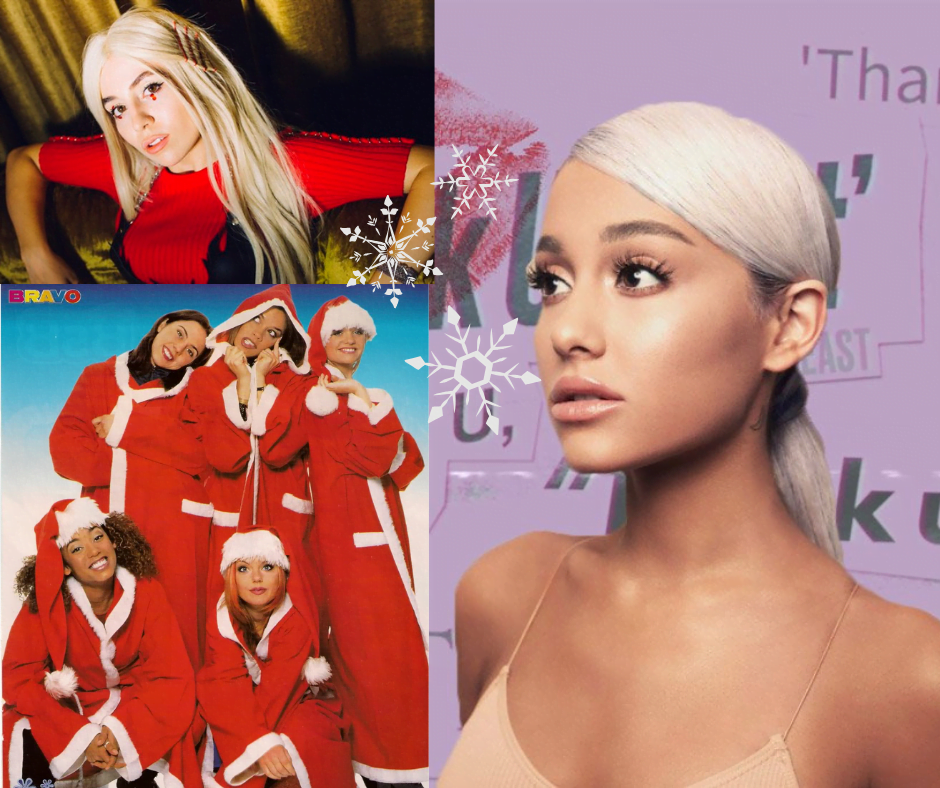 Who will be in the running? An X-Factor hopeful, a tired old queen with a classic, or the newest queen on the block? With a history spanning 65 years, the UK’s Christmas No.1 is an annual institution, and the race is on to see who will secure the coveted spot.

Ariana Grande has been in the UK top 10 throughout 2018, and it’s not showing any signs of changing. Heck, we even think she could be worthy of her own superhero biopic. Her single ‘thank u, next’ hasn’t budged from the top spot this week. The music video’s references to Mean Girls, particularly the festively-infamous ‘Jingle Bell Rock’ scene, have given it 179 million views on youtube. Impressive. This already puts her in good stead for the No. 1 spot, and with her newer single ‘imagine’ climbing up, could she have a number one and two?

Closely following Grande is Ava Max, with her single ‘Sweet but Psycho’. Perhaps one that many can relate to at this time of year when the other half doesn’t get what they were expecting on Christmas morning. Also notable is dad-blogger LadBaby with his rendition of ‘We Built this City’, which preaches the ‘role’ of the nation’s favourite sausage-wrapped pastry in building society. Admirably, the proceeds from this single will go to food bank charity The Trussell Trust; very fitting for this time of the year.

Also appearing in the top 10, we have Halsey’s ‘Without Me’, Miley Cyrus feat. Mark Ronson with their newer country-ish entry ‘Nothing Breaks like a Heart’, and Mariah Carey’s festive classic ‘All I Want for Christmas’. With X-Factor winner Ava Max’s collaboration featuring James Arthur sliding down 15 places, it’s unlikely to be him.

Last year’s Christmas No.1 was snapped up by Ed Sheeran with ‘Perfect’, which featured Beyonce and Andrea Bocelli on the track. Rewind 10 years ago and it was Alexander Burke’s X-factor debut ‘Hallelujah’, the original of which was released in 1984, a year that seems to have repeated itself in the UK. It is a beautiful track, but how original 2008? I think it’s safe to say The X-Factor has well and truly overstepped its sell-by date, and if it was a perishable item, would now be nothing but a wisp of penicillin.

If you’re old enough to remember, cast your mind back 20 years and it’s Spice Girls with ‘Goodbye’. Ironically, it’s more like ‘Hello’ in 2019, as Girl Power sweeps the nation once again with their UK reunion tour. Exciting stuff. Well then, there you have it, whatever comes of it, on behalf of everyone at Beep, hope you have a Number 1 Christmas!