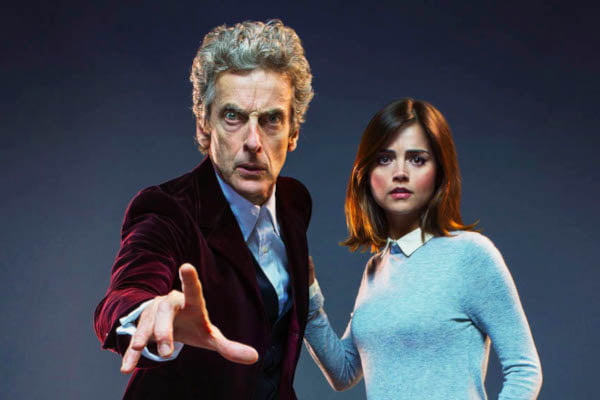 After stumbling out the gates, Capaldi’s second stint on Doctor Who proved to not only be a significant improvement but one of the greatest the show has ever had to offer. And it is so easy to overlook.

Dominated by two-parters, the ninth series is home to some of the strongest episodes yet, rivalling Series 4 and 5 as the best overall season of the revived era. 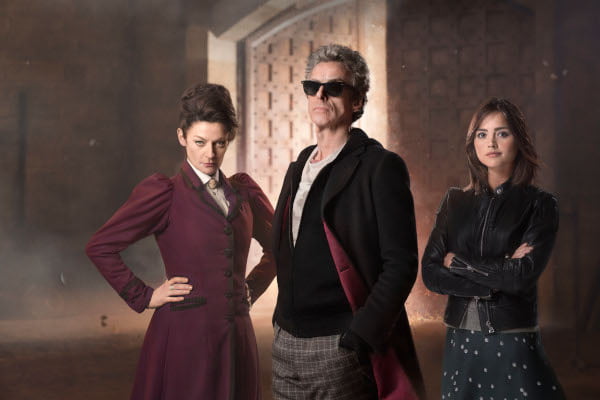 This episode is so good… when it actually tells its story. For more than half the runtime, we’re subjected to a meandering plot that takes ages to get anywhere. Missy is delightfully unhinged as usual but Gomez’s acting ends up being too good for the actual direction.

The ‘would you kill Hitler as a child?’ ethical question is given a personal twist to the Doctor and that just about keeps us hooked. 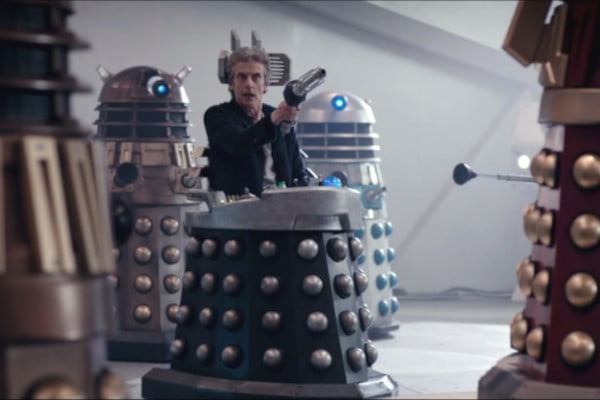 The scenes between the Doctor and Davros are such profound and contemplative reflections of each man’s moral struggles. If this is Davros’ last ever story, then this type of conversation needed to be had.

So you can only imagine my frustration at the plot twist. It completely cheapens and undermines what could have been and tried to insist that Who can only be an action-packed romp each time. There’s a reason why the Daleks fear factor has dropped in recent seasons and this is why. They’re predictable. 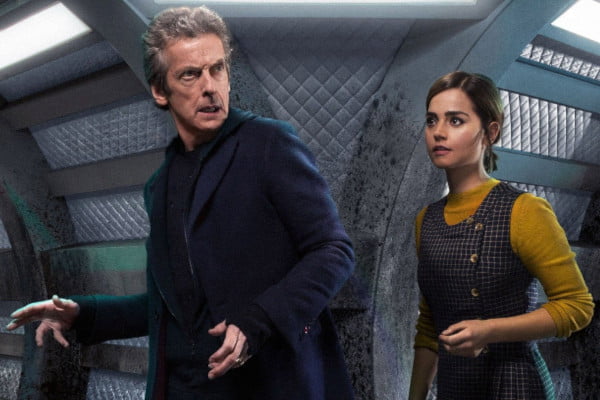 Out of nowhere, Toby Whithouse fires us one of the coolest Doctor Who stories ever made. A base-under-siege story that rewrites the formula and balances humour, horror, a stellar roster of characters, and science-fiction concepts at the top of their game.

It would be so easy for this to be a run-of-the-mill romp but it is just so fresh, clever, and exciting in its execution. Considered by many to be of the most underrated stories in Who, and in my opinion, one of the all-time best. 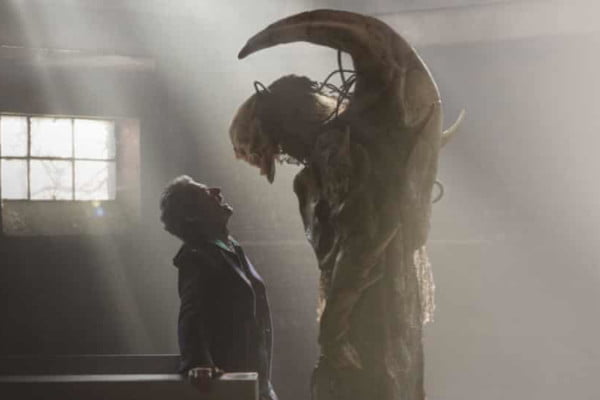 The good form continues as the Doctor bravely charges into a time-bending mission to stop a future crisis. Gripping and suitably timey-wimey, Capaldi and Coleman are fiercely strong in their roles both with each other and separately.

The conclusion is more than satisfying, even if the Fisher King looks like a Power Rangers villain, and I dare you not to smile at the supremely confident writing. 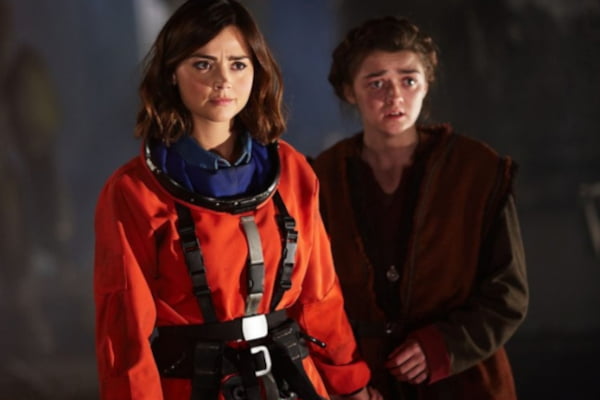 It could have easily been a slapped-on historical but this is an episode I was rather harsh on the first time I ever saw. Mostly due to the effects and lame villains. It’s definitely grown on me.

Maisie Willaims’ inclusion is nice, but takes a backseat to a storming third act that attacks the Doctor’s weak spots in every way. And that callback. Flawless. 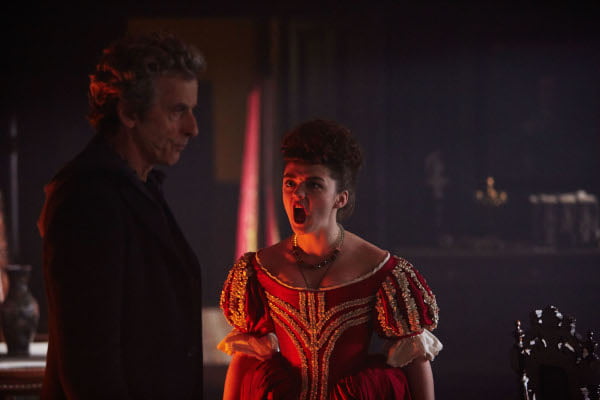 What should be an introspective and dialogue-focused character piece about the curse of immortality becomes a choppy farce. Including horrible editing, obnoxious focus on ‘bantering’ and a… fire-breathing lion man? What?

Some writers need to realise that the audience doesn’t need to be treated like children. The Capaldi era, in my opinion, is the most sophisticated in all of Who, and in the one episode that justifies it more than ever, it fails completely. 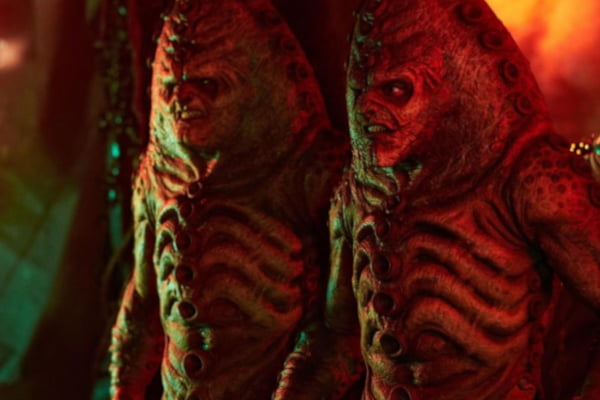 It’s good to see the Doctor and friends grounded again after several lofty adventures. The scale, metaphor and magnitude of the subject matter here lends itself well to Series 9’s emphasis on two-parters.

I’m still unsure why the UNIT extras are absolutely braindead in their decision making though. The ending twist is brilliant and I would be lying if I said I don’t enjoy the Zygon’s design. Even if their inclusion is just a clever way to cut costs. 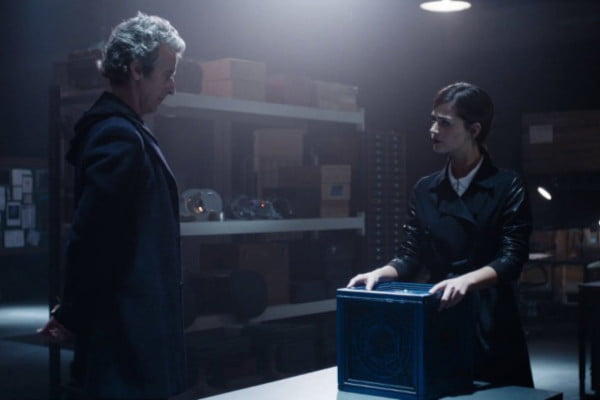 Yes, Osgood is a serviceable companion. Yes it’s fun seeing Coleman in her dual role. But, honestly, nothing will compare to Capaldi, who in fifteen minutes proves why he is my Doctor, and is probably yours too.

Twelve’s speech in the Black Archive is not only immensely powerful but will sadly, never stop being relevant. Capaldi delivers it beautifully with such passion and its impact will last long after you’ve switched the television off. 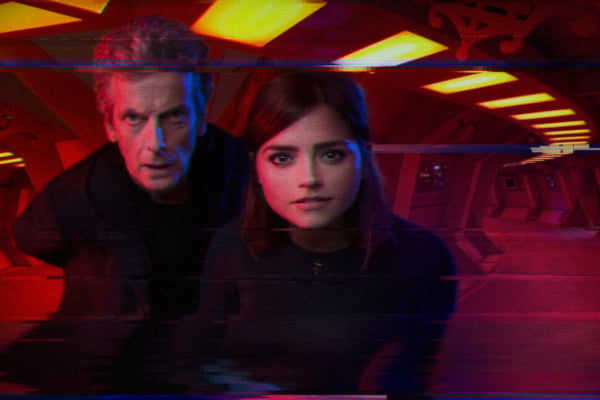 Audiences were already rolling their eyes at the found-footage gimmick back when this episode came out. It’s very ironic that this plot revolves around sleep compression yet its boring content could send even the most ardent insomniac snoozing.

Ending on a cliffhanger that will never be revisited, it’s no wonder nobody took fondly to this unwatchable misfire of a story. The very definition of a botched experiment. 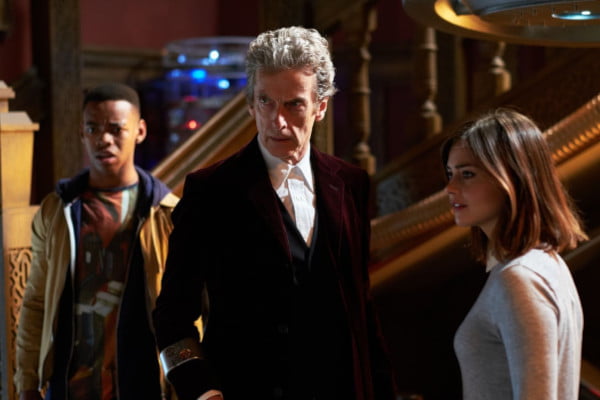 Clara Oswald’s descent into reckless abandon comes full circle here. It was clever bringing back a seemingly insignificant character like Riggsy to show off just how much like the Doctor Clara was becoming, willing to put anything on the line for the one person.

A plot that stop-starts a few too many times for my liking but some creative concepts and chilling moments make for a solid showing. 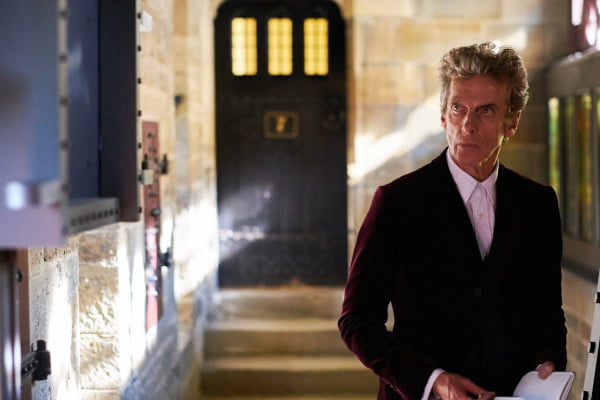 I’ve been on record saying that this is not only the greatest episode of Who of all time but one of the most amazing pieces of television ever created.

Phenomenal direction by Rachel Talalay is anchored by Moffat’s best script and, of course, Peter Capaldi delivering possibly the greatest single performance as the character in the almost sixty years of its existence.

A one-man show that explores the theme of grief in the most layered and incredible fashion I have ever seen.

If you know me, you know how much this episode means to me and what kind of impact it has had on my life. If you’ve never seen it, drop everything and change that. Heaven Sent is a masterpiece of television and Doctor Who‘s finest hour. 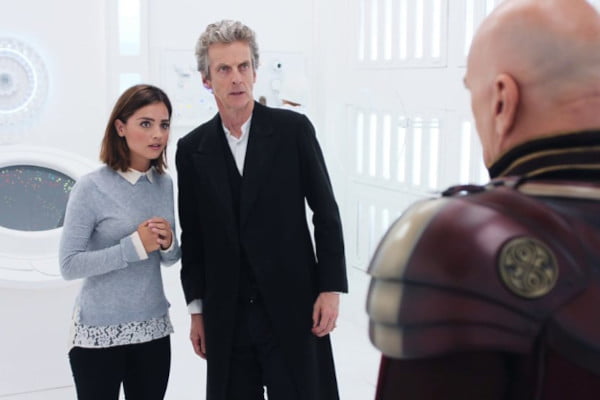 Yes, you read it right. Hell Bent, one of the most widely despised episodes of all, is my favourite finale of the revived series. I don’t think there’s a person alive who appreciates this widely misunderstood outing as much as I do.

Hell Bent is a continuation of the torture endured in Heaven Sent, portraying the Doctor beyond his breaking point. All in service of the heart-wrenching conclusion of the Doctor and Clara’s relationship, a friendship so powerful that the Doctor is willing to risk all of time and space to salvage it.

I understand all the criticisms but please watch Hell Bent with a different lens, one free from the ‘Gallifrey was wasted’ perspective. What you will find is the most emotionally resonant and powerful examination of two people whose beautiful friendship can only end tragically. And there is nothing sadder than that. 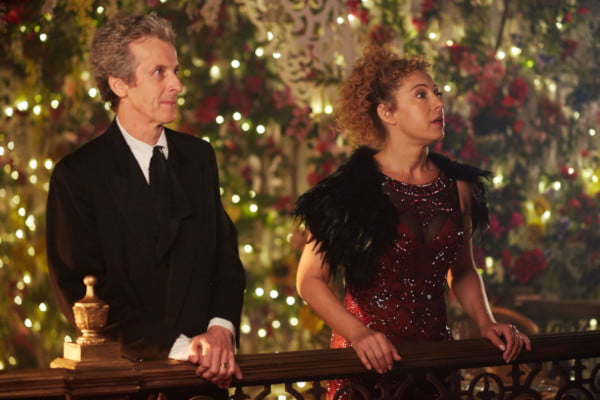 And we finish off with a heart-warming and hilarious Christmas special.

It’s impossible not to smile at the dramatic irony in River not recognising Twelve, the introduction of the wonderful Nardole and Greg Davies chewing the scenery as the second most devious villain he’s ever played, behind Mr Gilbert of course.

I used to find it impossible to picture River without the Eleventh Doctor, but Capaldi and Kingston’s chemistry is electric and it culminates in a rather beautiful story. A near-perfect ending for a powerful series.