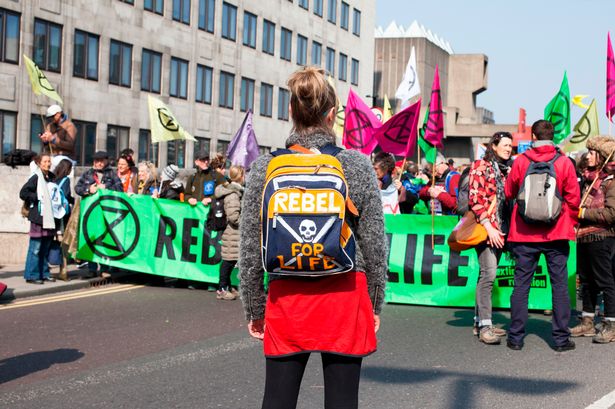 In just two days of protest, 541 arrests were made. Extinction Rebellion is protesting all around the globe and frankly, the government doesn’t have a clue how to stop it. With Johnson’s only compromise being traditional name-calling (originality points for “uncooperative crusties”, Boris), and Section 14 being enforced to stop disruption to communities, it seems as if simply moving the protest may not be the end to this mass hysteria.

Activists in London are glueing themselves to various locations, such as the underside of lorries, blocking roads outside the Home Office and another government department. Police warned that if such behaviour didn’t stop and the protesting wasn’t moved to Trafalgar Square, those involved could face arrest. However, not all tactics of Extinction Rebellion fall into such an extreme category, as a group of protesters have potted 800 trees outside of Parliament.

So, what is general opinion on these protestors? Well, in the words of protestor Claudia Fisher: “We’re actually very co-operative. We would really like to hear what he [Boris Johnson] has to say”.

In reality, and in the words of Johnson himself, these people just want change. Protesting may seem extreme, but as is the crisis our planet currently faces. As much as a lot of people have been put out of their daily routines by the disruptive nature of the protest, such actions are simply alast resort.

You may read articles and see news stories on these protestors being describes as “extremists”, “hippies”, “far left-wing” or even “uncooperative crusties” (can’t get over that one, thanks again, Boris).

Just please don’t forget, these people just want change, they’re putting their freedom at risk to fight for your future. You may never want to get involved in such activism but look at both sides of an argument before you a judgement on those who do.