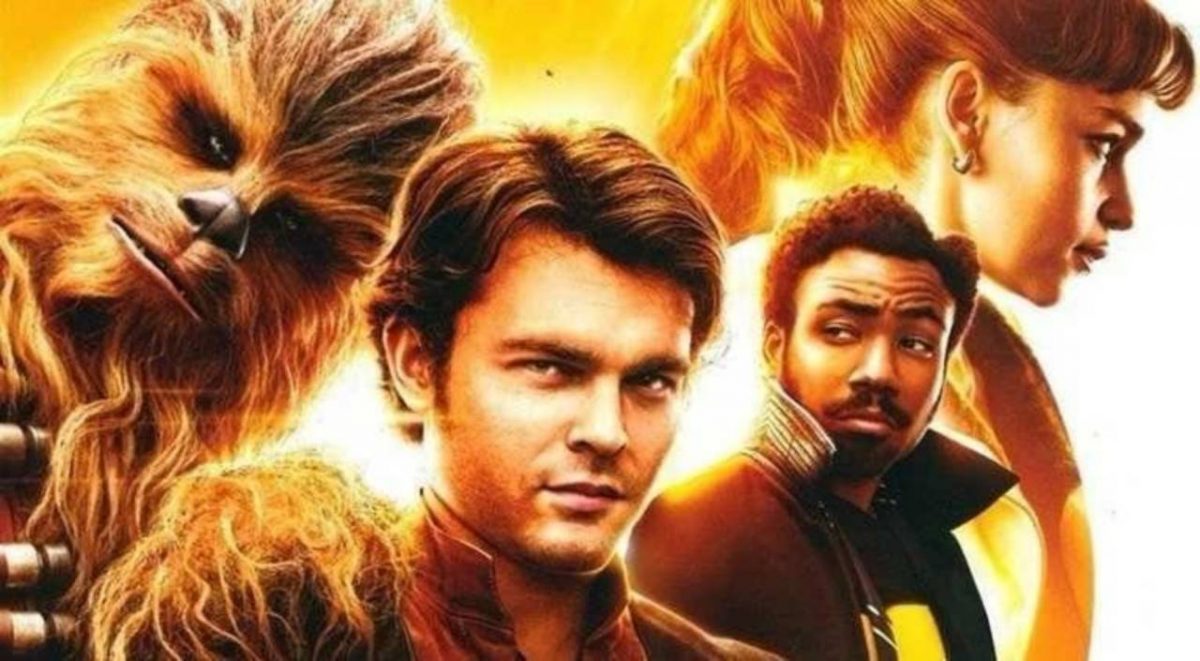 Look. I’ve made no bones about the fact I found the idea of this film pointless and cash-grabby. Guess I should book a table and get my fork out because I’m about to eat humble pie with a side of crow.

Solo: A Star Wars Story (really? They’re persisting with that subtitle?) is the latest prequel to the epic space fantasy series. It details the intricacies of the early life of smarmy smuggler Han Solo. If you’ve ever wondered where he got his iconic blaster or met his iconic partner or won his iconic ship, then boy, you’re in for a treat.

As stated, I’ve been nothing but sarcastic and snipey about this film and how unnecessary it is. And I still think it is. However, I can’t deny I had a lot of fun watching this movie. At about the mid-point I caught myself smiling and thought to myself ‘Am I having fun?… Drat I am. I was so ready to be smug’.

Make no mistake, this isn’t a fantastic movie. In parts it’s actually cringeworthy. But as a throwaway bit of fun in between the grim SW we’ve been getting lately, it’s a welcome reprieve. Alden Ehrenreich (spell-checked that about five times) is charismatic as the title role. Even if he does react to almost everything with the same sly smirk. I remember Harrison Ford smirking but, like, not 24/7 but I guess it’s a new interpretation. Donald Glover takes a break from being good at everything to be good in this film. Emilia Clarke is surprisingly great which, after Terminator: Genisys, isn’t always a given.

Crucially, just about everyone in this movie has a personality. Even if it’s just a cliché or a couple of lines, it’s galaxies more than anyone in Rogue One had. You immediately know what everyone is about and no one is too inconsistent.

As said, there are some cringeworthy lines of clumsy fan-service/pandering (depending on your perspective). The plot and set-pieces are as paint-by-numbers and pedestrian as you can get. Oh and there’s multiple sequences that are noticeably ripped-off from other movies, even other Star Wars movies. Solo doesn’t have an original bone in its body. The action ranges to thrilling to tedious and it’s probably a bit too long to be called a breezy romp.

But, what can I say. I liked it. It’s not great but it’s not bad by any means.

Plus, I’d legitimately watch a Lando movie where it’s just him shopping for capes for two hours. Dude looks fresh.