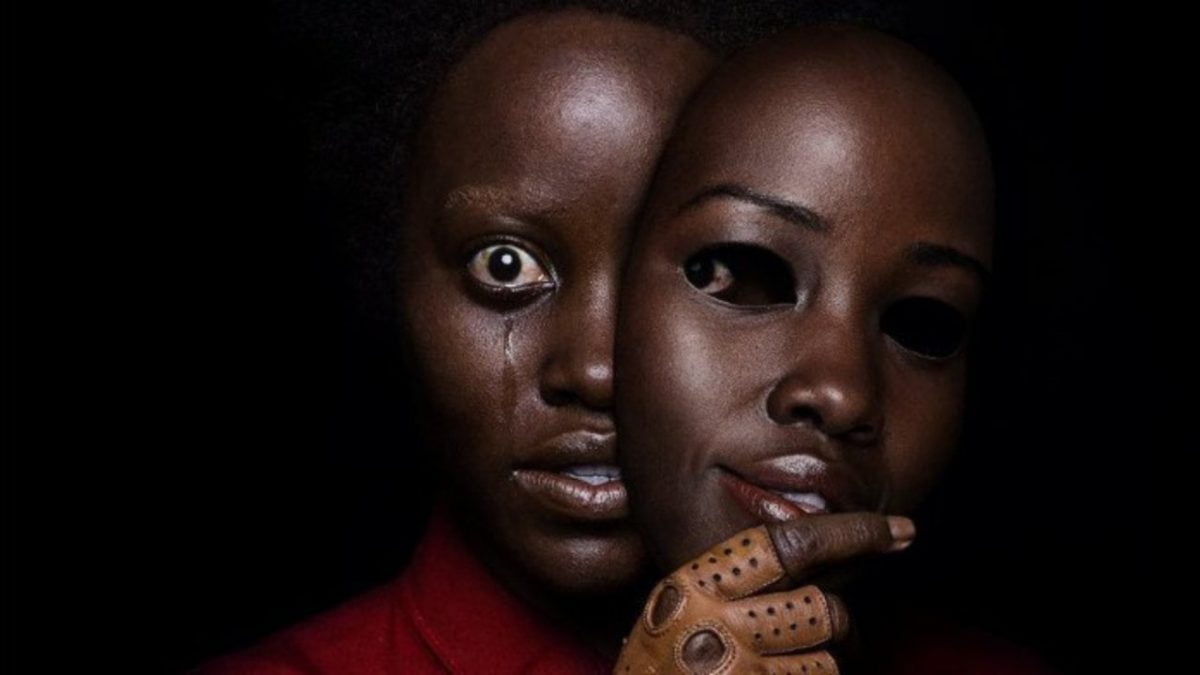 Listen, the movie’s great but can we stop with minimalist titles? If I text my girlfriend saying that I want to talk about Us, it sends the wrong message Jordan mate.

Us is the second directed film from Jordan Peele, director of Get Out and fair warning, Get Out‘s shadow looms heavy over this review. The film stars Lupita Nyong’o giving a career-defining performance as she attempts to protect her family from a family of their doppelgangers.

Look, this movie is really really good. It’s got Jordan Peele’s essence smeared all over it right down to the incessant screaming string instruments dragging tension out of every expression. It’s frightening, thrilling and affecting. Unfortunately, it’s also not Get Out.

I’m aware that there aren’t many who are interested in my extended thoughts on Us so in summary: It’s a great movie with chilling sequences, brilliant characters, stellar acting, and thoughtful writing and camerawork You should see it.

Now, for the three people who are interested, below is my spoiler-free whining comparison of why I didn’t love Us, in the way I did Get Out. Beware. Here be monsters.

I really tried to watch this film without constantly considering its predecessor. I really did. But the movie is so stylistically similar that it’s impossible to not compare the two, at least for me. So what are the actual issues that this movie falls down on that Peele’s first film didn’t? Why, thanks for asking. Let me spin an unreasonably long yarn on this.

First off, let me mansplain how horror works. Horror in film-making is predominantly crafting fear through use of the unknown. Everything is so much scarier when we have little information about it. What is the monster? Why are these people doing this? Who is the murderer? Etc.

Conversely, to make an action scene work, the audience needs to know EVERYTHING to be properly invested. Where is everyone in relation to one another? Why are they fighting? Who stands to lose what? Etc.

The way a Jordan Peele movie plays out is that the horror eventually gives way to action while the characters fight the horror. In Get Out, this happens very late on in the movie. We go through a gauntlet of fist-clenching tension before we get to enjoy thrilling action. In Us, this switch is much much earlier probably before even the halfway point. This means that the horror is greatly lessened from that point onward because we already know too much.

Secondly, Get Out is famous for being creepy. It’s also famous for being very funny. Peele masterfully managed to engineer a way where the two can exist in the same film by essentially quarantining the comedy to its own little zone. There’s one character who is given nearly all the funny moments, he is completely removed from the main thrust of the plot and we cut back to him sparingly. This teaches the audience that we need to take the scenes with the main character seriously and we can breathe relief when we cut back to the comedy character.

In Us, this separation isn’t used. The jokes are made by the characters who are directly experiencing the horror we’re supposed to be scared of. The two basically end up stepping all over each others toes and either the horror ruins the joke or the joke makes the horror not scary.

This again is Get Out‘s fault. That film features a quite dramatic twist and so naturally I was looking for one in Us. The issue here is rather than the twist being something so far out of left field that it took me by complete surprise, in Us, the twist is something I’d already considered and written off because it doesn’t make sense. This is a more minor complaint but it’s something that meant I spent parts of the runtime confused rather than invested.

So there you have it. My far too numerous thoughts on Us. It’s still the best movie I’ve seen this year and as a side-note, isn’t it nice to have a film that I really want to talk about at length? Those don’t come around often.

Oh, and if you’ve ever played the game Heavy Rain, then you’ll know that naming a child character Jason and then having him go missing so the parents have to shout for him is never a good idea.