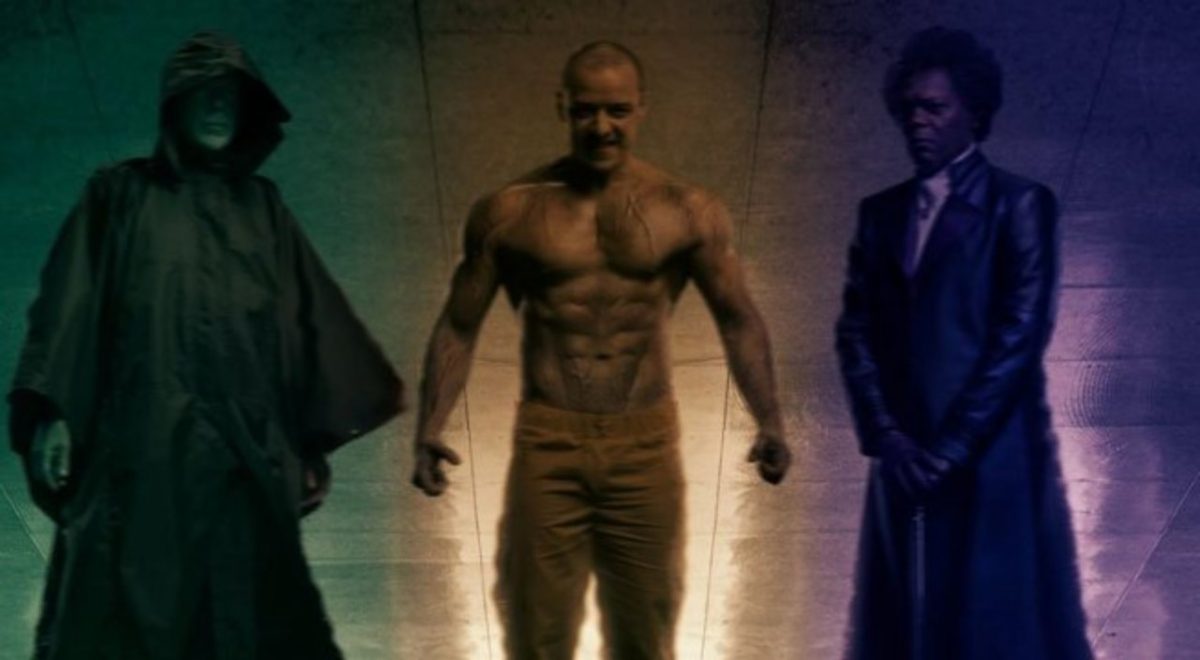 M. Night Shyamalan has shown the first poster for his upcoming movie, Glass. After directing Unbreakable and The Sixth Sense and The Village all around the start of the century, he became prolific for his plot twists. Some were done better than others, however, he stole the limelight again in 2016 with Split, starring James McAvoy.

Fans of the movie Unbreakable have been waiting near two decades for a sequel and with Shyamalan back in the game, he’s looking to combine Unbreakable and Split into one movie, starring all three of the main actors.

The M. Night used an announcement that there would be a panel at San Diego Comic-Con, as an opportunity to show off the first poster. The image features, from left to right, Samuel L. Jackson as Mr Glass, the ‘villain’ from Unbreakable. James McAvoy as Crumb from Split, then Bruce Willis as Dunn, the invincible man. Along with the tagline, ‘you cannot contain who you are’, the image looks like each of them is dealing with something in some way as their reflections show their try selves.

McAvoy got ripped for this role it would seem.

The film will pick up from where Split left off, with Glass and Dunn in pursuit of Crumb for his personality which possesses superhuman powers, named the Beast.

The sequel was softly announced when Split’s ending revealed Dunn was part of the same universe.