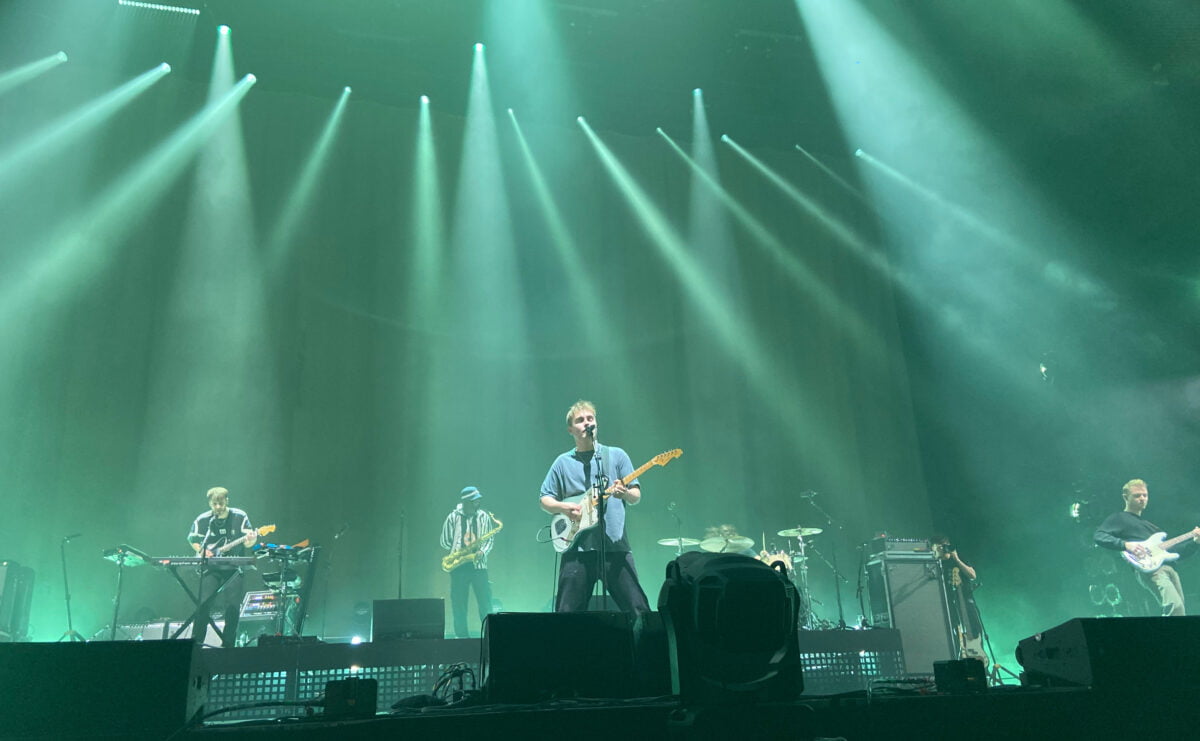 Whenever Sam Fender is about to step on stage at a hometown show, the chants of “Toon, Toon, Black and White Army” get progressively louder. It’s almost enough to drown out the soft beginning of Mark Knopfler’s Local Hero – the Geordie anthem played before every Newcastle match at St. James’ Park.

But the chants never get the chance to drown out Local Hero as before you know it, Sam Fender’s sax player Johnny Bluehat is out front and centre, playing to thousands singing the tune right back. Last night was different, though – it was so much more powerful.

As was the entire theme of the gig at Newcastle’s Utilita Arena. Make no mistake: Sam Fender was already, after his debut album Hypersonic Missiles, a local legend. Previously selling out the O2 Academy in 2019 for numerous nights, and then headlining the world’s first pandemic-safe gig in August 2020, he is unstoppable here in the North East. But he’s never played the arena before – until last night. And, boy, was he proud. 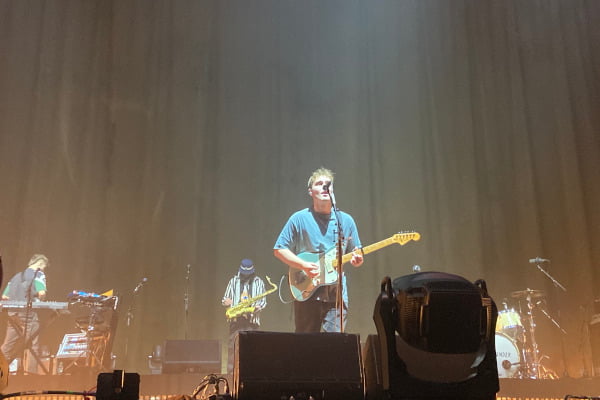 Opening with Will We Talk – the drum and guitar heavy rock tune about a one night stand – Sam Fender had the crowd from the start. The song never fails to warm them up, and neither does his energy at a home gig. The North Shields star performs alongside bandmates Joe Atkinson, Dru Michael, Tom Ungerer, and Dean Thompson – some of his closest and longest friends. And straight after the first song, Fender was already saying to his bandmates, “I can’t f*cking believe this”.

When the crowd began chanting “hero” at him, Fender removed his ear plug to listen. His face was a picture – pure, unadulterated shock and joy. The 27-year-old cannot believe he’s playing to so many people in what he (rightly) called “the greatest city on earth” – but I don’t know why. It’s not like his musical and lyrical talent has ever been in doubt.

Just watching Fender and the band perform shows you their talent. Joe Atkinson alone is almost mythical on the synth behind Fender, with drummer Dru’s performance never faltering – despite being required on almost every song. Dean and Tom on guitars alongside Sam himself provide that classic Fender sound we hear on almost every single song. They are talented musicians and they shouldn’t be so shocked that they have ended up where they are today.

The reason for their surprise is evident, however, in all of Fender’s lyrics from his new album. Although the gig was 19 months overdue and originally to tour Hypersonic Missiles, the new album Seventeen Going Under – which became his second number one album – has launched Fender into a new atmosphere of stardom. 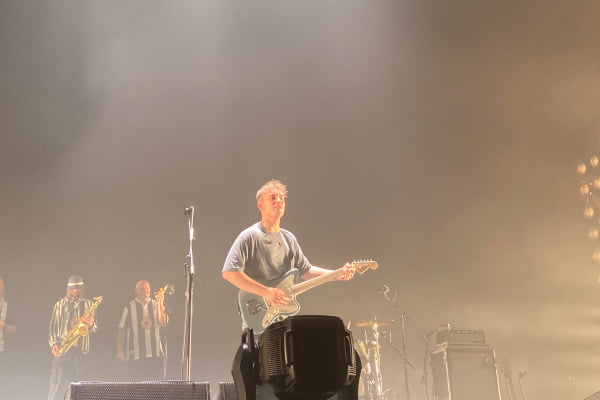 Getting Started is one of the songs on Seventeen and documents quite specifically the challenges Fender faced growing up, mostly about being a young kid dealing with the troubles of putting food on the table. Namely, his mother’s experience with the DWP as a woman too sick to work.

Mantra was another new song on the setlist and was a treat to listen to live for the first time. Fender’s trusty baby blue guitar and smooth vocals paired up to form one of his best performances that will no doubt be the second single released from the new album.

Despite the sadness in many of Fender’s lyrics – Mantra discusses the perils of people in ‘the business’ – the music itself is far from depressing. It is some of the most positive, upbeat out there – and worked like utter magic inside of an arena, which Fender has never headlined before. 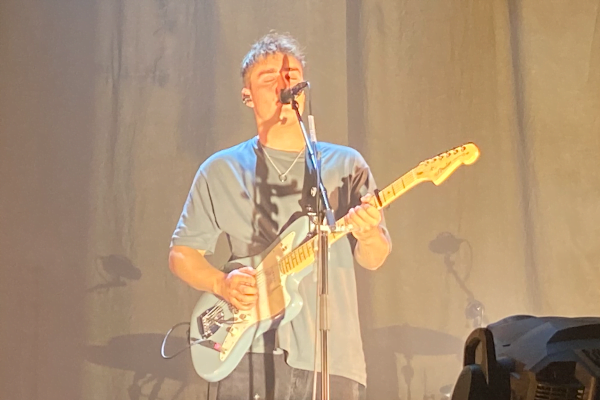 But the classics cannot be beaten. And Sam Fender is wise enough to know that. From The Borders – his favourite song from the debut – to Saturday, the biggest crowd-pleaser known to man, and, of course, the song where it all started: Hypersonic Missiles. It was on this final song, closing the extended set he performed, that really cemented Fender & Co.’s suitability for an arena stage. A confetti drop and impressive production made for, actually, a very moving experience.

Seeing Sam Fender, who when he performed at The Priory in Tynemouth couldn’t believe it, now play an arena in his hometown to tens of thousands of people screaming his lyrics back at him, was special. And it always will be – no matter where he ends up.

It won’t be long before he plays St. James’ Park, and we’ll be there when he does.