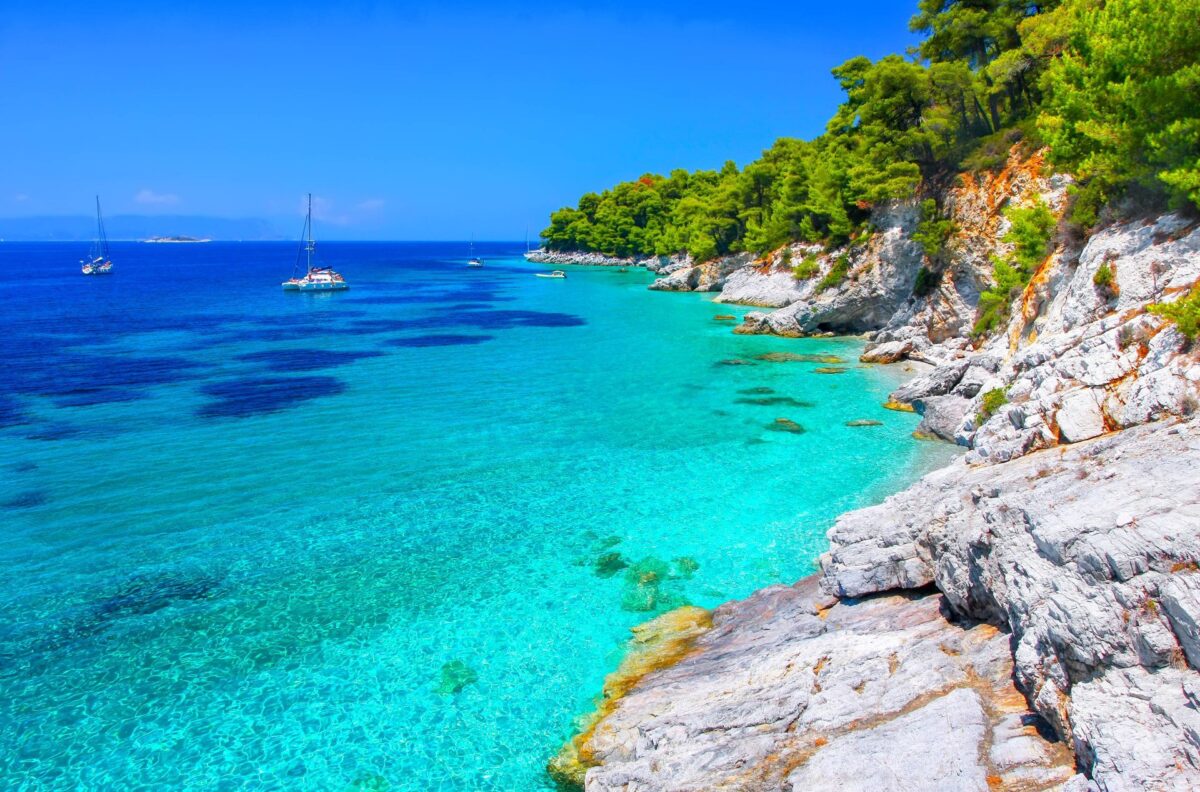 There’s nothing quite like Mamma Mia! – both the film and the musical are simply sublime pieces of art.

But the original film, released in 2008, brought together a range of fantastic actors. I mean, let’s be honest, where else would you get Meryl Streep, Julie Walters, and Christine Baranski all in one place, next to Amanda Seyfried, Pierce Brosnan, Colin Firth and Stellan Skarsgård? Nowhere other than Mamma Mia! and the island.

The island offering stunning blue vistas in the film goes by the name of Skopelos. Located in the Aegean Sea, crystal blue waters and luscious green scapes surround you. Not to mention the faint echoes of Dancing Queen in the breeze. 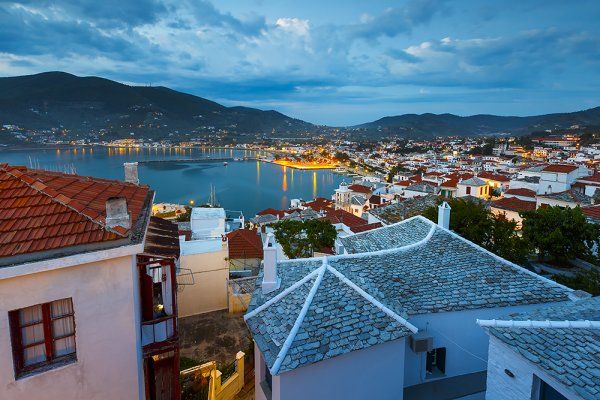 To get to the island, you have to fly to a mainland Greek airport, most often Athens, and then get a boat out… just like in Mamma Mia! itself.

Whether you’ll find a Sam, Bill, or Harry, though, is definitely uncertain.

Skopelos has two main villages, Town and Glossa, both situated on the top of a huge hill, looking out to that iconic seascape.

Recommended Reading: Is wild camping the answer to lockdown restrictions? 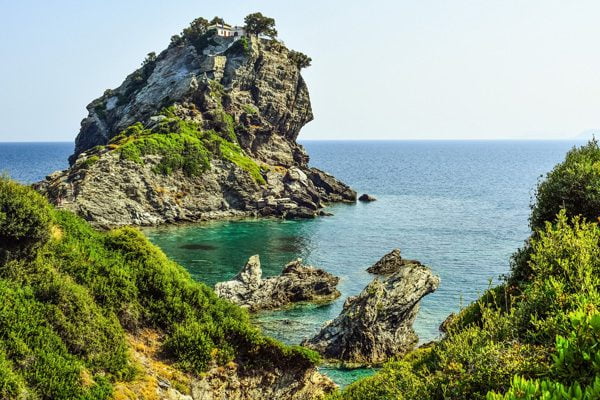 There’s plenty to do on the island, including snorkelling, diving, beach touring, or head to the many monasteries on the island.

However, the crowning glory of Skopelos is the most famous part of the island, known by fans as the Mamma Mia! church.

The church is perched right on top of a huge, jagged rock, named the Church of Agios Ioannis Kastri. It’s where Meryl Streep and Pierce Brosnan deliver their incredible performance of The Winner Takes it All.

And the church itself is where Meryl (Donna) and Pierce (Sam) tie the knot after twenty-five years apart. 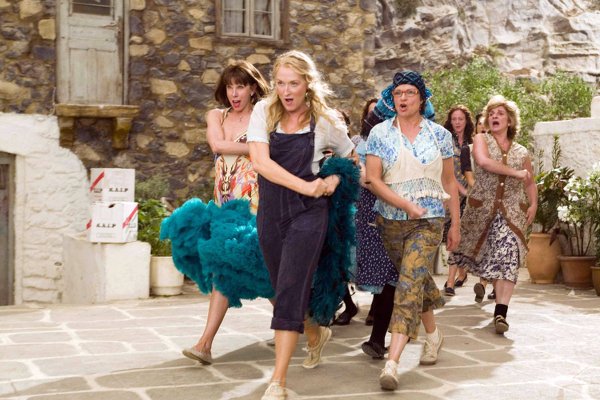 There are also plenty of places to eat and drink on the island, all serving classic Greek and Mediterranean dishes. Bakeries on the island also offer traditional pastries, such as baklava – a seriously sweet, nutty pastry.

The whole of Skopelos is a delight to the eye and you can only imagine just how much you feel like you’re in Mamma Mia! when you’re there.

Almost every beach is different to the next, the pebbled coves and one-of-a-kind churches make this island a semi-hidden gem.

Wouldn’t you just love to go?