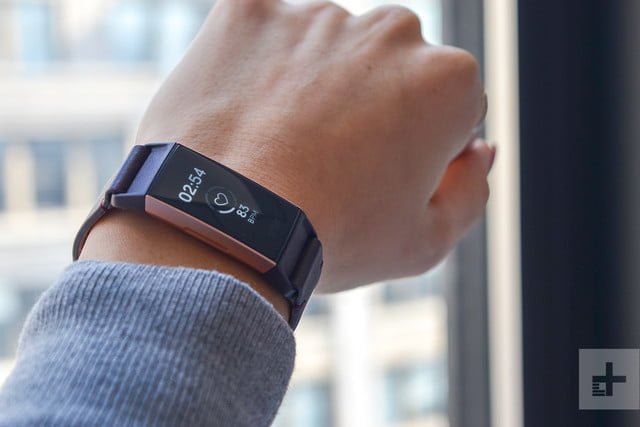 Priced at £149.95, the Fitbit Charge 3 is one of the most expensive fitness trackers of the modern age. But with its top-of-the-range heart rate tracker and impressively sleek and modern design, is it worth the premium price tag?

On the one hand, the display is a dully, grey monotone colour with limited ability when not in range of a phone. The interface is usable, but not wholly intuitive and the gyroscope system – which detects when the watch is turned – is often flawed. The amount of money spent would generally result in a more advanced product. However, other than these issues, I can only find incredibly minor nits to pick.

On the other hand, the Fitbit Charge 3 works as a functional and accurate watch and fitness tracker. The tracker can detect various forms of exercise automatically (running, walking, biking, swimming and more) and can also accurately track your sleep and sleep stages. The tracker also includes an accurate heart rate tracker and an exercise zone tracker; step and stair count per day; a distance and calories burned tracker; a breathing app, weather app, timer and alarm app – all of which are accessible through the watch itself. Weight, water and female health tracking are also featured with the Fitbit Charge 3.

The device, although already incredibly versatile in function, is also variable in design. Bands easily snap out of the watch with the press of a button and back in again with a simple click. The tracker itself is also quite sleek, slim and attractive while also having a large screen. And, to top it all off, the device is waterproof for up to 50 metres.

To conclude, as it is quite clear from my review, I love the Fitbit Charge 3. The device tracks many things as mentioned above, and has a lot of useful apps and semi-hidden functions, like a torch when the lights are off and you have to reach your bed without falling over!

I believe that anyone can use this device, just be wary of the price and try to find it for a cheaper rate on a website like Amazon. The Fitbit Charge 3 is very expensive but very good at what it does.

By Tegan O, a student at Thorp Academy, Ryton