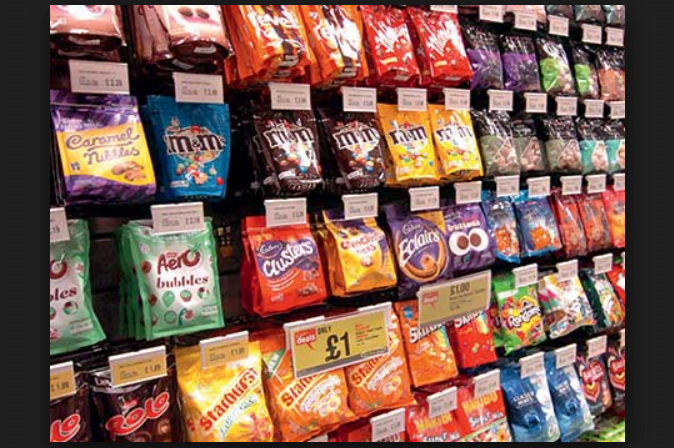 Everybody’s favourite campaign group Action on Sugar has called for ‘sharing bags’ to be banned after realising that in most cases, the word ‘sharing’ is used incorrectly. Already this month, the group has whinged on about kids drinking energy drinks in schools.

Rather than let everybody look after their own health, AoS is calling for a total ban on price promotions on sweets after it found shops offering “sharing packs” at a better value than smaller “individual” packs.

22% of adults confessed to eating sharing bag of sweets alone, in one go and 35% of 16-24-year-olds do the same. This isn’t a particularly shocking statistic but if you’re an Action on Sugar campaigner it’s probably enough to give you nightmares. AoS should really be focusing on the fact that 78% of adults don’t eat sharing bags alone and in one go. By trying to make sharing bags more expensive, they are ruining the fun for 78% of adults who do pay attention to the word ‘share’.

Perhaps there should be a campaign group called Action on Killjoys that will combat Action on Sugar. Every time they try to lecture us on how to eat and drink, Action on Killjoys will be there to save things like chocolate and energy drinks from being banned.