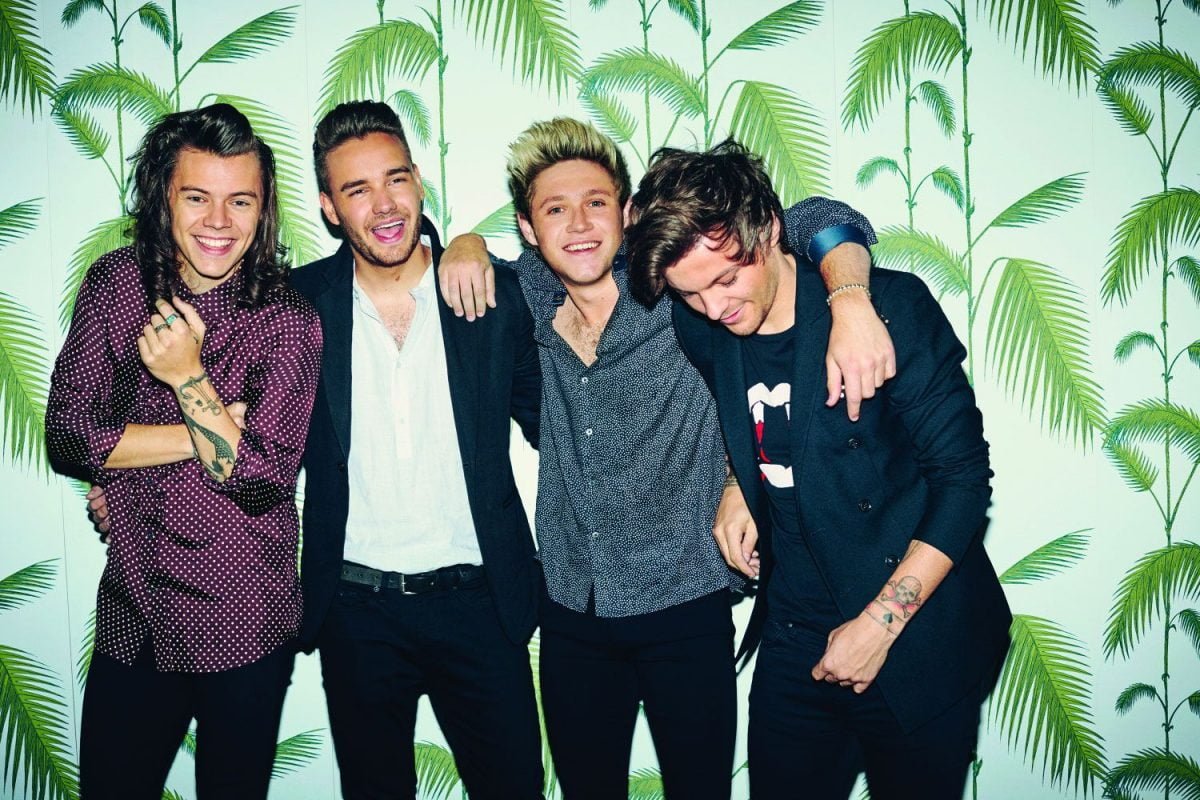 Since One Direction announced their hiatus way back in 2015, things on the 1D side of life have been (in comparison to the warfare years of 2010-15) pretty quiet. Yeah, we’ve had solo music and tours, but we’ve not had the sheer wig-stealing drama we used to. So, here at b**p, we thought we’d head on a tour down memory lane of the best 1D memories.

Every single One Direction fan began their obsession via the video diaries, which you can find on YouTube.

Filmed on the stairs of The X Factor house, Louis, Harry, Niall, Liam and Zayn made their personality debuts and stole our hearts (true Up All Night fans will get that pun). From Kevin the pigeon, Louis’ love of carrots and protesting from a Ben Elton book, those hardcore old day memories are golden.

One of the best 1D memories of all time has to be the release of their smash-hit single Little Things. Any song written by Ed Sheeran usually goes insane on the charts, but this one did so especially. I mean, come on, everyone hates the sound of their voice on tape and never want to know how much they weigh.

We were totally relatable teens then, and ‘Little Tings’, as Niall would say, made our lives extraordinary. Here at b**p, we’re all for the return of an Ed Sheeran and 1D collab. They are so rich in content, providing not just Little Things but 18 and (my all-time favourite) Moments.

Nothing on Earth spells drama like Mr X and the Madison Square Garden performance in 2013.

The anonymous Mr X trolled Tumblr and Twitter for days on end, claiming they were going to kill Harry at the performance at MSG in New York – only the boys’ biggest concert to date then. And we were not having it.

Twitter and the rest of the fandom set out to find Mr X like something out of a crime series, but to no avail. Still, the last time we checked, Harry’s alive and well.

It was impossible to make a list of the best 1D memories and not include the days of Mr X.

Sorry, but we had to include it. For better or worse, when Zayn left the band is one of the best 1D memories purely because of the scars it left us with.

Just days after a video was leaked of Zayn and Louis smoking what appeared to be a blunt, it was announced that Zayn was leaving. And they were mid-way through a tour. The next time they appeared on stage was at Sunderland’s Stadium of Light on the Where We Are Tour. And guess what? Ya girl was there.

The final days of One Direction were emotionally tough. Their final show on Halloween 2015 in Sheffield put us through the emotional ringer. All the families were there, including Louis’ mum Jo, who sadly passed away in 2016.

The final days also included the 1D fandom changing the bo’y’s final single to be released before the hiatus. Modest! Management and Sony went from choosing the meaningless Infinity to the meaning-filled History in just 24 hours. We made them film a new video and actually achieve a number one. And that’s how the 1D fandom always did it.

Those were the days.

We hope you enjoyed our list of the best 1D memories. Happy Throwback Thursday folks.