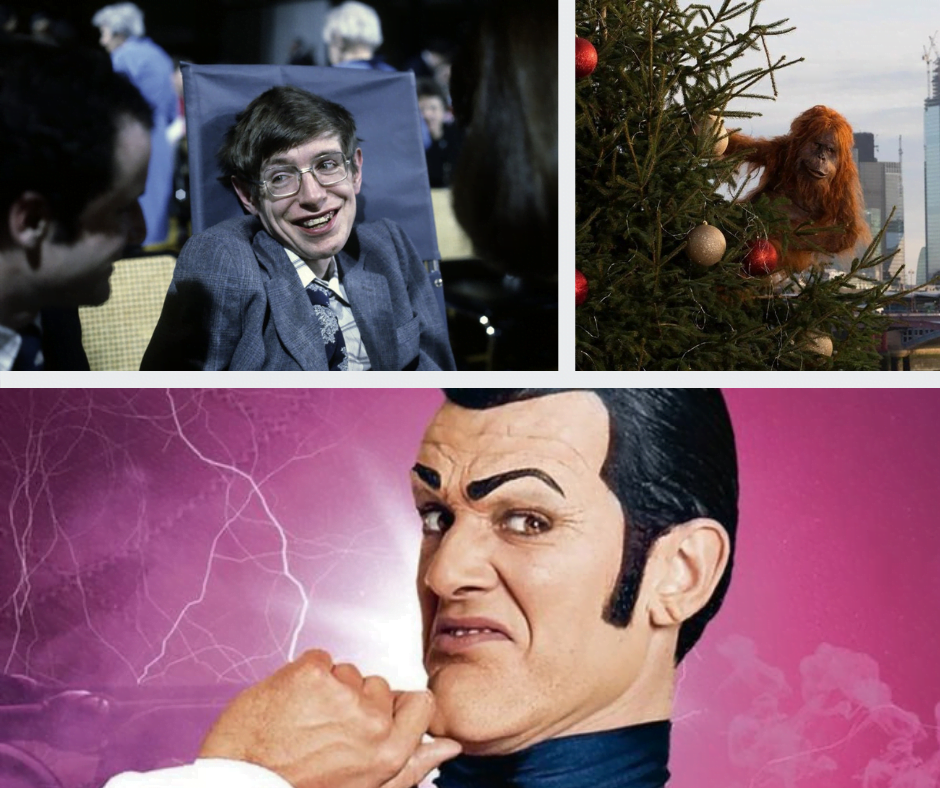 What with Brexit ruffling feathers all over Europe, Trump upsetting the world in general, and the year of prevailing political correctness, 2018 has been a turbulent one. The turn of the year is a time of mixed emotions. We feel sadness for lives lost, relief at having left things behind and live in hope for change as 2019 dawns upon us. Here’s our list in no particular order: it is time to reflect.

From ‘Wonky Donkey’ on SMTV Live, to Saturday Night Takeaway and I’m a Celebrity: Get Me Out of Here, the treasured Geordie duo has become a true TV staple since they debuted in Byker Grove back in 1989. Sadly, 2018 was to be their toughest year to date. Ant dominated headlines back in March after drink-driving and crashing his car in London. He has been in recovery since, with Holly Willoughby filling-in on I’m a Celebrity. There has been speculation that he will be back next year, so let’s hope it’s just ‘goodbye for now’.

It wouldn’t be a comprehensive list without mentioning some of the celebrities and notable people we lost in the past year. The likes of Professor Stephen Hawking, possibly the most intelligent mind the world has ever known, legendary soul singer Aretha Franklin and world-renowned DJ Avicii all lost their lives in 2018. Other names include Verne Troyer (notable for playing ‘Mini-me’ in Austin Powers), Barry Chuckle, Dale Winton and Stefán Karl Stefánsson (Robbie Rotten in Lazytown). This is to name but a few, and 2019 will be a significantly different place without them.

In 2018, humanity seemed to wake up a bit more to the impact we’re having on the planet. One subject of contention between environmentalists and industry has been Palm Oil. The supermarket Iceland’s banned ad, featuring an Orangutang and a little girl to criticise big corporations for ruining Rainforests to prolong our dependence on Palm Oil, went viral. It’s taken us this long to acknowledge our responsibility for looking after the planet, and kudos to Iceland for taking a stand. Let’s hope we will be more conscious in 2019 and continue the fight for sustainability.

2018 has definitely seen a ‘surge’ in lip-filler. The procedure, which plumps up the lips by injecting them with hyaluronic acid, has been in stronger demand. Featuring women with full lips, smooth skin and ‘perfect’ figures, TV shows like Love Island have been blamed for its rise. Although it’s just a ‘minor’ procedure, it demonstrates society’s prevailing obsession with beauty. Let’s hope we’ll be less influenced by media and popular culture in 2019.

We’ve tried to ignore the topic lately, but alas, it wouldn’t be complete without mentioning the bane of Blighty’s existence. Westminster has seen its fair share of try-hards, tantrums, backstabbing and bumbling, and we simply just want to move on. Sadly, we have at least another three months of this, and it’s looking like we’ll be kissing goodbye to democracy as we know it. Whatever that entails is still yet to be written. Whether you’re a staunch ‘remainer’ or a hardened ‘leaver,’ we can all agree on one thing; we’ve really learned to disagree with one another in 2018. Goodbye – hopefully – to this mess.

Joining the UK in political upheaval are our friends over the pond. Issues such as immigration and Trump’s proposed wall to ‘keep out the Mexicans’ have caused divisions among America’s citizens. The Gilets Jaunes protests in France, which Bronwen experienced first hand, have been dubbed a ‘Revolution 2.0’. Let’s hope that 2019 will witness the unprecedented change society so desperately needs as a result.

Well, that’s it from me. I hope you enjoyed the list, and if you have anything to add, please comment below. I would also like to thank my colleagues for their contributions to this list and fantastic work over the previous year. And on behalf of everyone at Beep, Happy New Year and all the best for 2019.