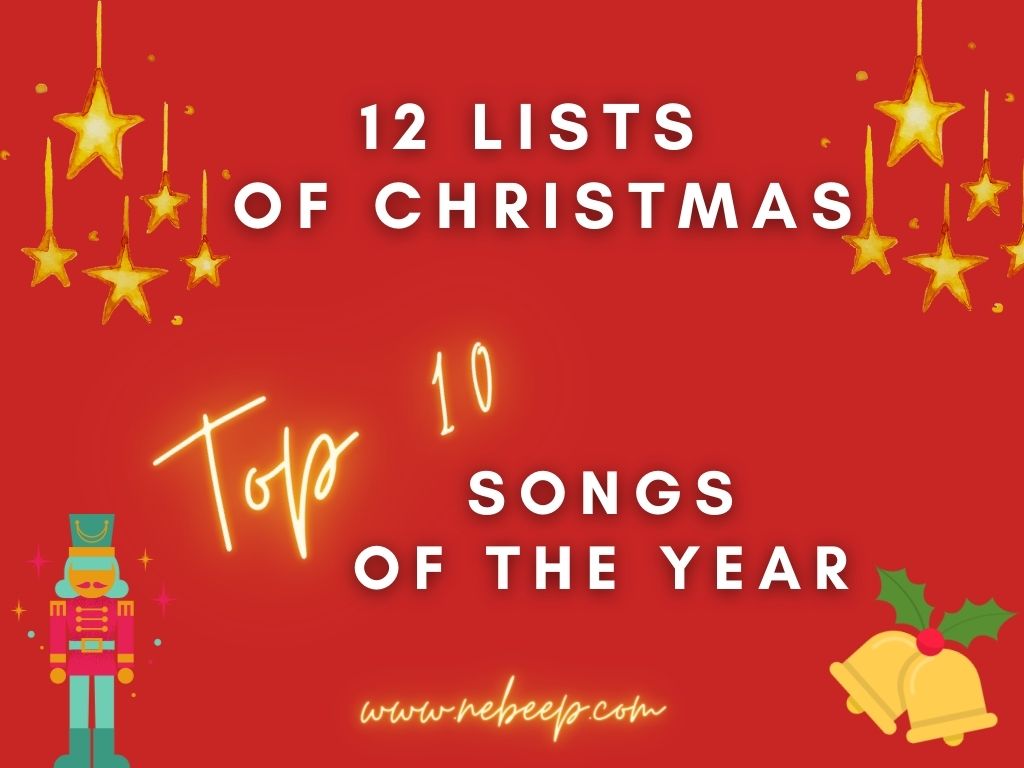 From pop, to rap, to rock, there’s been some great musical releases this year. With albums from iconic artists such as Doja Cat, Lil Nas X, Taylor Swift, and Billie Eilish, it’s been difficult to narrow down the top ten songs of the year – but here are the tracks that made a lasting impact.

Starting off at number ten is the whimsical, self-reflective Amoeba, taken from bedroom pop princess Clairo’s second album Sling, written with Jack Antonoff. The quirky piano loop accompanies some introspective lyricism that many will relate to, particularly this year – “Could you say you even tried?/You haven’t called your family twice”.

An unapologetically fun break-up anthem, Josh is an underrated gem from upcoming Sydney based singer-songwriter Peach PRC. With powerful production, a peppy guitar riff, and saccharine vocals, Josh is the perfect song to blast full volume if you’re ending 2021 trying to heal a broken heart.

At number 8 is an absolutely glorious collaboration between the self-described fluid, open-ended project Hailaker and S. Carey (of Bon Iver). Wavepool is a musical marvel – written over lockdown in 2020 and released in April of 2021, this sublime ballad weaves gorgeous falsettos, triumphant brass melodies, and a powerful drum backing to create an exquisite explosion of emotion.

If you’re going to listen to any of the songs on this list – make it this one.

Doja Cat’s songs have a reputation for going viral on TikTok, and this track is no exception. Taken from the critically acclaimed album Planet Her, Need to Know showcases playful yet skilful lyricism and Doja’s vocal versatility.

Taken from Taylor Swift’s second release of 2021, Nothing New is a haunting exploration of youth. With some absolutely heart-breaking lyrics and delicate vocals from both Swift and indie superstar Phoebe Bridgers, Nothing New is a track that will stick with you long after the first listen.

At number 5, That Funny Feeling is a standout number from Bo Burnham’s Netflix Special Inside, filmed in his home during the COVID-19 pandemic without a crew or an audience.

An understated acoustic ballad, That Funny Feeling perfectly encapsulates that feeling you can’t quite describe – a sense of stoic defeatism permeates the lyrics, with lines such as “the quiet comprehending of the ending of it all” reflecting the global mood after the past few years.

A celebration of queer identity, INDUSTRY BABY is definitely one of the standout tunes from this year. A collaboration between internet heroes Lil Nas X and Jack Harlow, this dynamic, polished track shows us that these two are only getting started.

One of the most anticipated releases of the year, Easy On Me didn’t disappoint. The heartsick ballad, which deals with the British singer’s divorce, features her trademark, soaring vocals, and wonderfully tragic lyricism.

2. Happier Than Ever – Billie Eilish

Pop prodigy Billie Eilish delighted us all again this year with the incredible hit single Happier Than Ever. A galvanic act of catharsis, this track is guaranteed to give you goosebumps every time.

At number one, it has to be Taylor Swift. Originally written in 2011, the ten-minute version of Swift’s classic was released as one of the vault tracks on her re-recording of Red.

One of the best songwriters of the past decade, All Too Well is her magnum opus, and is worth a listen – whether you’re a fan of Taylor or not.