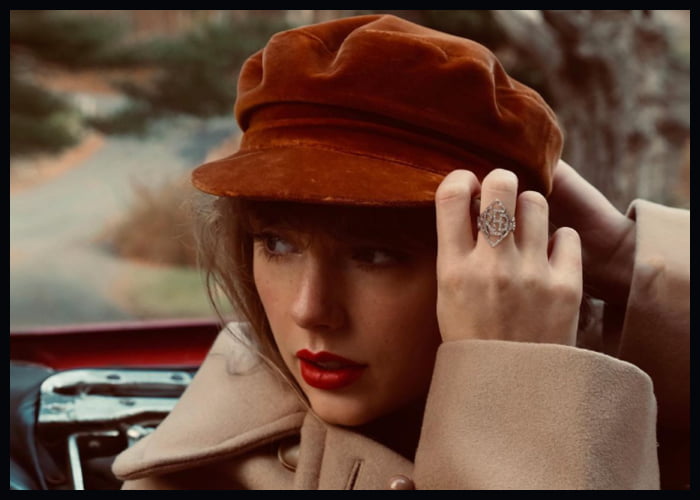 A mosaic of heartbreak, Red (Taylor’s Version) manages to effortlessly combine themes of betrayal, womanhood, and loss, to create a glorious, unapologetic celebration of anguish.

Swift has an astonishing ability to write music that feels deeply personal, yet also incredibly relatable, and both the original and vault tracks on this project perfectly encapsulate what it means to be in your late teens and early twenties, navigating early adulthood and learning what love really is. 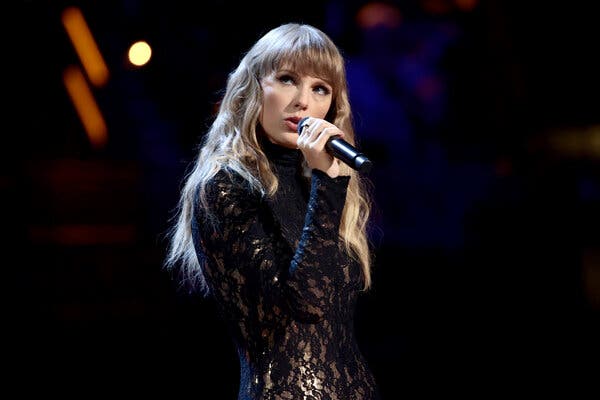 Taking a look at the album, the opening number State Of Grace instantly transports us back to 2012, but with clearer, self-assured, and arguably improved vocals (both on the original and the acoustic version). Indeed, throughout, Swift’s vocals are stunning, with original tracks I Almost Do and Holy Ground feeling similar in quality to the aforementioned opener.

Swift’s soothing mellow tones and soaring harmonies on Begin Again and Better Man highlight her often underrated vocal ability, which has been debated over her career, and was even mentioned on the track Mean from her Speak Now era (“Drunk and grumbling on about how I can’t sing”). 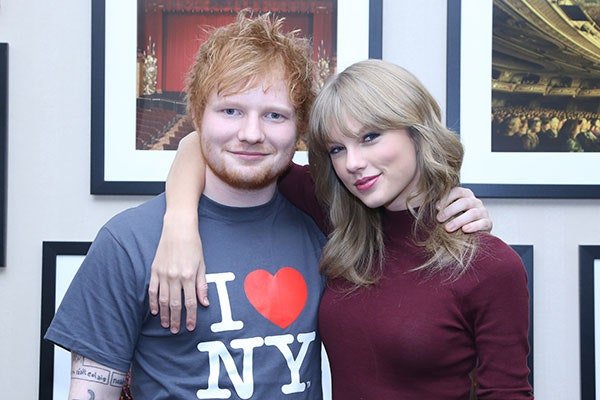 Her voice is also a focal point on Run, a vault song featuring her collaborator and friend Ed Sheeran. The track, allegedly written on the first day the pair met, is a wholesome tribute of their friendship, and their calming, blended vocals are further heard on fan favourite Everything Has Changed.

Indeed, elements of Swift’s previous eras are delicately sprinkled throughout Red (Taylor’s Version), with Babe, originally written for Sugarland and released in 2018, feeling as though it would be at home on Lover – perhaps due to Jack Antonoff’s influence. 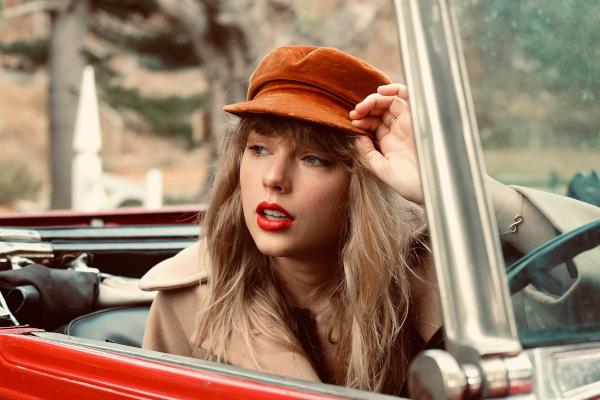 Some tracks, however, remain firmly grounded in the Red universe, with songs such as 22 and the titular track feeling almost aggressively 2012. The brighter guitar on Red is important to note, however, with the majority of Swift’s original tracks being vastly improved instrumentally.

Some of the best bridges on the album are thanks to the instrumentals, with The Moment I Knew combining a graceful piano melody and a sustained, building drum beat to craft a glorious transition into the chorus. The classic I Knew You Were Trouble is similar, with a more self-assured Swift lacing the already familiar bridge with a fresh burst of venom.

Another original track, The Lucky One, also packs a punch, with Swift’s lyricism standing the test of time and infusing the same raw emotion felt ten years earlier. Another track that has found a home on Red (Taylor’s Version), is equally devastating, but for different reasons – Ronan, a charity single released in 2012, tells the crushing story of Maya Thompson’s son Ronan, who passed away from neuroblastoma in 2011.

Despite not being an original feature on Red, Ronan fits perfectly, and it is arguably some of the vault tracks that showcase Swift’s best lyricism on the project.

On Forever Winter, Swift pairs languishing lyrics with a deceptively upbeat backing track – something we have seen her do on her previous work, with tracks such as All You Had To Do Was Stay from 1989, and Dancing With Our Hands Tied from reputation. 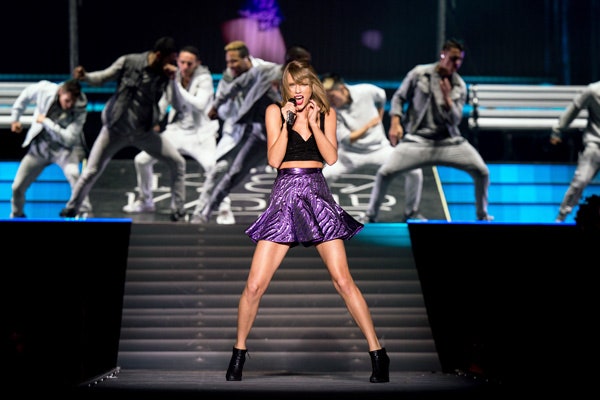 The throwbacks to previous eras are evident throughout, with The Very First Night drawing parallels with Out Of The Woods from 1989 – indeed, if you were to painstakingly analyse every track on Red (Taylor’s Version), a link to another one of Swift’s catalogue of hits would be sure to spring up. Sonically, another vault track, Message In A Bottle, has a soundscape evocative of 1989, with an exciting, unapologetically fun vibe.

Production-wise, the quality of Red (Taylor’s Version) is extraordinary, with sublime mixing on Treacherous, We Are Never Ever Getting Back Together, and the original version of All Too Well. Starlight is perhaps the best example of production on the project, with Christopher Rowe, Taylor Swift, and Paul Mirkovich creating a track that sounds new yet nostalgic.

The only song that slightly misses the mark production-wise is Girl At Home, produced by Elvira Anderfjärd, who was responsible for the Willow (Dancing Witch Remix) from evermore. With the track now resembling closure, another track featured on evermore, it would have been nice to hear Girl At Home with a more laidback style of production, perhaps even as an acoustic piece. 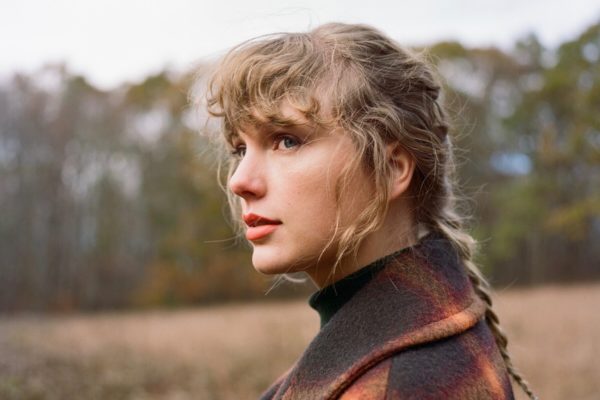 Finally, some personal highlights from the album include the original tracks Come Back… Be Here, which manages to remain a timeless classic and captures the yearning nature of its predecessor, and The Last Time, featuring Gary Lightbody. An intense piano backing, sublime vocal blending, and dynamic strings intertwine to create a cinematic hit that wouldn’t feel out of place on folklore or evermore.

Perhaps the strongest, completely new, vault track on the project, Nothing New, featuring indie prodigy Phoebe Bridgers is a caustic, cruel exploration of what it means to be in your early twenties.

With some haunting lyricism and a gentle guitar melody, Nothing New is one of Swift’s best performances to date, and it would be interesting to see further collaborations between the two artists.

Of course, the best song on the album is undoubtedly All Too Well (10 Minute Version). With the excitement surrounding the release of the unheard verses on Swift’s arguably greatest achievement, it was going to be difficult, even for her, to live up to the hype. Nonetheless, she has managed to exceed expectations and craft a musical marvel.

An unapologetic explosion of grief and rage painted with poison, Swift has achieved her magnum opus.

With slick lyricism that draws parallels to previous work such as Lover (“They say all’s well that ends well/But I’m in a new hell every time you double-cross my mind” and “All’s well that ends well to end up with you”), if she can manage to package such raw pain so perfectly ten years later, it will be fascinating to hear her re-recording of Dear John. 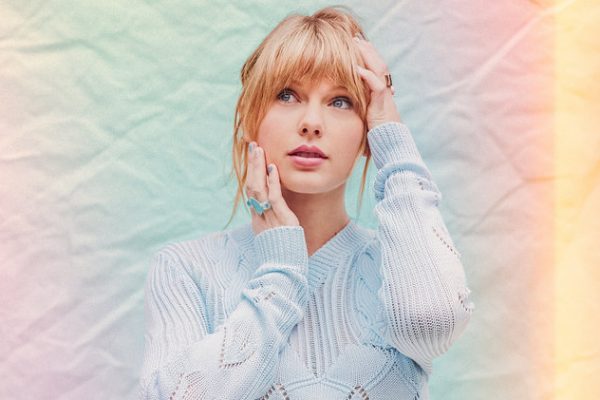 This fantastically ambitious pop proclamation seemed practically overwhelming at first – indeed, it is a testament to Swift’s talent that any one of the songs on this album would be considered a career highlight for the majority of other artists.

It’s almost unbelievable that someone can put out a body of work so incredible, and consistently showcase some of the greatest songwriting of this century. It was thought she couldn’t top Fearless (Taylor’s Version), yet it seems she’s only just got started – with rumours of Speak Now and 1989 re-recordings coming soon, it will be exciting to see what comes next.