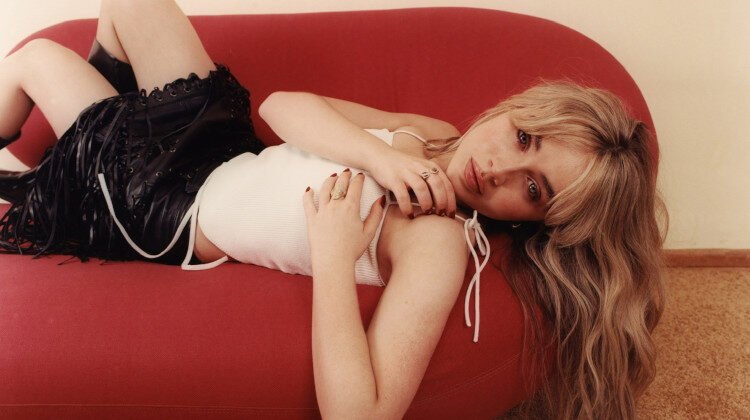 Carpenter began her career as a child star, with her breakthrough role on Girl Meets World catapulting her into the limelight. The pop princess is no stranger to fame, with her personal life been placed under a microscope over the past year. The album reflects on how this has impacted her and offers valuable insight into Sabrina’s world.

The titular track, emails i can’t send, sets the tone for the project, with the singer spilling her unfiltered thoughts over a soothing piano melody. The track has a satisfying, almost operatic, build, and presents a preview into just how personal the rest of the album is going to be.

The next tune, Vicious, is a stark contrast to the opener, with the plucky breakup anthem showcasing Sabrina’s velvety vocals over a polished bassline. The track is practically dripping with charisma, something replicated in the following song, Read your Mind, a gorgeously smooth and romantic slice of pop perfection.

The fourth track on the album, Tornado Warnings, features silky, intensifying synths, with a melancholy lyricism that feels both relatable yet painfully intimate. Sabrina’s clever wordplay is also seen on Nonsense, a self-assured tune about infatuation that wouldn’t be out of place on pop icon Ariana Grandes hit album sweetener.

One of the most talked about songs, because i liked a boy, directly references the fallout of the drama surrounding Olivia Rodrigo and Joshua Bassett – after Rodrigo’s smash hit driver’s license was released in 2021, many speculated that Sabrina was the ‘blonde girl’ mentioned in Olivia’s tune, and she subsequently faced a barrage of online abuse.

On the powerful track, Carpenter talks about not feeling as though she was in control of how people perceived her, stating, ‘Tell me who I am/Because I don’t have a choice’. Further lyrics seemingly reference Joshua Bassett’s hospitalisation with heart failure, ‘Hold you close/While your heart was failing’. A gutsy guitar instrumental lays bare the palatable anger in the track – you can almost taste the rightful fury that the singer can’t explicitly put into words.

The breathtakingly personal nature of the album is continued on the introspective how many things, with the singer showcasing her vocal prowess. This continues on the saturnine bet you wanna, with Sabrina’s sultry vocals blending with sullen strings to create a moody celebration of envy and lust.

Similar themes are further present on Fast Times, with the pop star’s sweet vocals fusing with a funky jazz piano instrumental, creating an enchanting, atmospheric track. Credit must also be given for production on this track, with another tune, Already Over,  being similarly well mixed.

Bad For Business is also well produced, and further displays the intimate nature of the album, with Sabrina questioning whether her personal life will impact her career –  ‘If I’m just writing happy songs/Will anyone sing along?’.

An unexpected highlight of the project comes in the form of Skinny Dipping, which experiments with a different style of songwriting and starts with spoken word over a stripped-down guitar instrumental. The tune was clearly a risk, but it paid off, with the hazy trumpets at the end of the piece tying it together perfectly.

The album closes with the reflective decode, which concludes the journey that Carpenter has taken us on and discusses themes of closure and self-acceptance after the end of a relationship, something that many listeners will be able to relate to.

Sabrina has proven her talent with this album and has managed to reclaim the narrative after a year of being the villain. The personal yet relatable aspect of the work has to be commended, and it will be exciting to see if she can top emails i can’t send – which is definitely her best work yet.