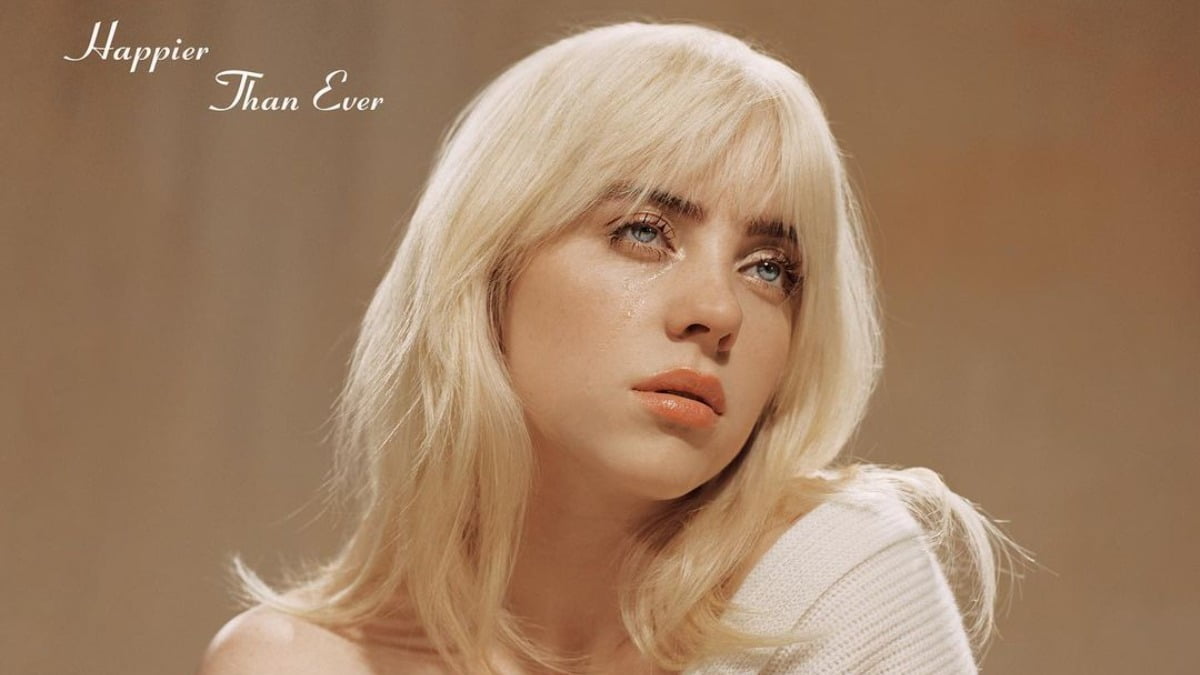 Billie Eilish is not a normal 19-year-old. Her smash-hit debut album When we all fall asleep where do we go? catapulted the teenager to stardom almost overnight, receiving critical acclaim and a handful of Grammys.

What started as homemade bedroom pop cooked up with her older brother FINNEAS became the face of modern music. Nevertheless, Happier Than Ever manages to maintain the authenticity felt on her previous releases. 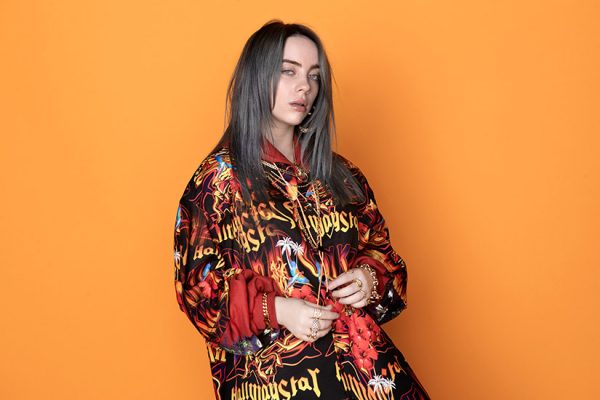 Eilish is no stranger to intense scrutiny, and this is heavily explored on the album. Presenting a notably darker, sombre tone in comparison to the nightmarish, mythical themes of her debut, the singer lets us know that reality is often scarier than fiction.

The opening track of the album Getting Older echoes this sentiment, with the troubled star providing personal, introspective lyricism discussing sexual coercion and abuse.

Her clearly confessional take on trauma is almost harrowing, and similar themes are echoed on the third single of the project, Your Power, in which Eilish powerfully states: ‘She was sleepin’ in your clothes/But now she’s got to get to class’.

Billie further muses on the pitfalls of fame on another one of the promotional singles from the release, NDA, with preternatural pizzicato strings emphasising the uneasiness and insecurity felt by being placed on such a public pedestal.

Lyrics mentioning her lovers having to sign non-disclosure agreements after she kicks them out shows a refreshing sense of self-awareness from the young star – she knows she isn’t relatable, and she isn’t pretending to be. 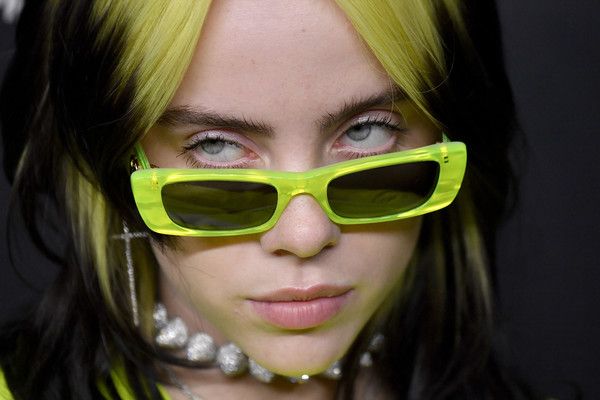 In a move reminiscent of the transition between bury a friend and ilomilo heard on her first album, the outro of NDA cleverly blends into the more upbeat and assured Therefore I am, in which Billie plays around with the famous quote coined by Descartes.

Eilish’s newfound confidence can also be found on tracks Lost Cause, OverHeated and Not My Responsibility – the latter of which is a spoken-word piece first heard on her Where do we go? world tour (postponed due to the outbreak of the Covid-19 pandemic).

In the thought-provoking poetry, the star angrily questions people’s right to scrutinise her body – and duly so. 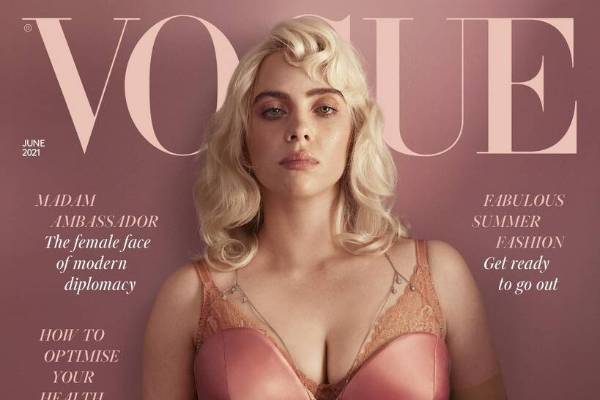 Billie Eilish’s recent Vogue cover, in which she ditched her signature baggy style, attracted unprecedented levels of attention, due to the aforementioned interest in her body (even when she was a minor).

The series of photos revealed a newly fearless Eilish, now an adult, ready to engage in the discussion surrounding the objectification of women in music.

Despite her fresh tenacity, the LA-based singer doesn’t shy away from vulnerability and laments the pain of lonesome love over a piano-driven backbeat on the stripped-back ballad Halley’s Comet. The other softer tracks on the album are stellar, with the slow ballad my future gradually transitioning into a laidback groove with Eilish questioning her self-worth: ‘Know I’m supposed to be unhappy/Without someone/But aren’t I someone?’. 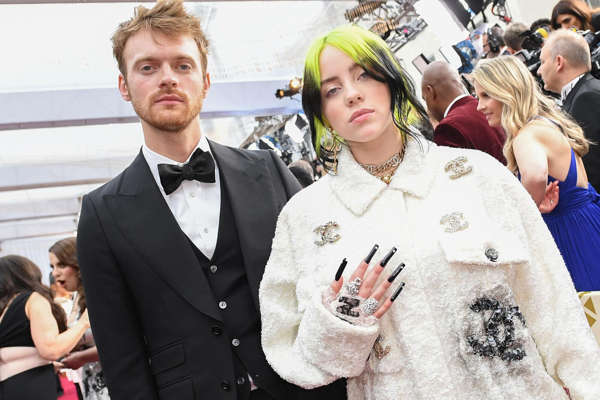 A final gentle, acoustic track, Male Fantasy provides the perfect conclusion to the album, with Eilish’s delicate vocals supplying some of the most reflective lyricism heard on the project.

Perhaps a highlight of the album is the idiosyncratic production, and credit must be given to FINNEAS, who has worked with his sister throughout her career to carefully craft her distinctive sound.

Praise must be given for the striking stylistic choice on I didn’t change my number, a quirky track that uses the distorted ringing of a phone as the beat towards the end.

Goldwing is also a technical marvel, with an angelic choral opening looping over a pulsing drum beat to create a simulating soundscape. 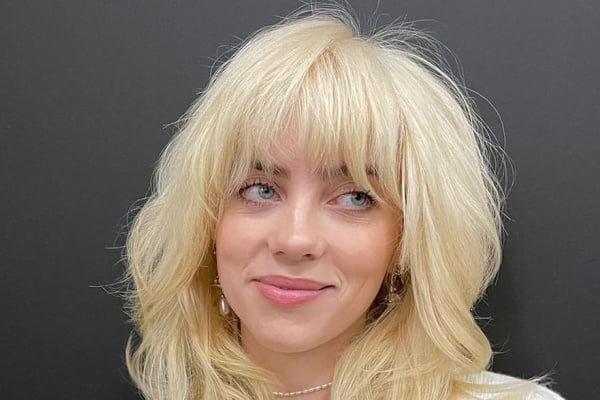 The unusual take on unconventional genres is also important to note, with Billie Bossa Nova taking the popular samba style of the ’50s and ’60s and adding an Eilish-inspired twist layered over a minimalistic Latin beat.

Arguably the best production is heard on one of the focal points of the album, Oxytocin, is a sultry celebration of lust exploding over a pulsing techno beat. Complete with a juddering, prickly instrumental and disorienting vocals – the track itself is almost jarring, but masterful production manages to get it just right and create one of Billie Eilish’s best pieces to date.

Nonetheless, it is the titular track Happier Than Ever, that has the largest impact and is arguably the most outstanding song Billie Eilish has ever released. What starts as a deceivingly quiet ukulele ballad erupts into a volcanic act of catharsis – a sublime combination of raw lyricism and an intoxicating instrumental allow Eilish to perform at her very best.

The song has already proven incredibly popular online, with many fans expressing how relatable it is despite it’s obviously confessional nature – the track is peppered with references to the singer’s rapper ex-boyfriend 7:AMP (real name Brandon Adams) with the discussion of drunk driving being seen in The World’s A Little Blurry, a documentary centred around Eilish released last year. 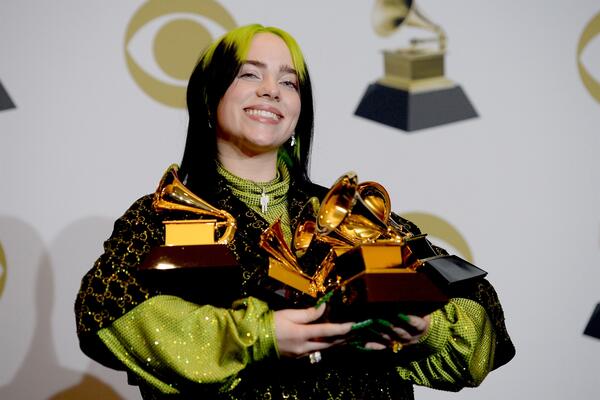 The album does falter slightly with the track Everybody Dies, a grim grasp at existentialism that ultimately fails to make an impact, and at times it feels quite slow-paced.

It would be nice to see Eilish explore further with the rock genre and create similar songs to the titular track Happier Than Ever, as it is apparent she has the talent to do so.

But overall this is a strong sophomore release from Billie Eilish, and it will be exciting to see what is next for the 19-year-old megastar.