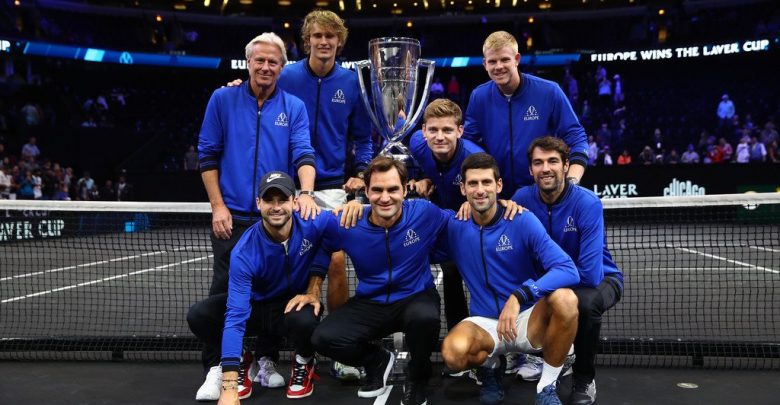 After Europe’s recent triumph in the Solheim Cup, attention this weekend was diverted to Geneva, which hosted the third annual Laver Cup – named after the Aussie tennis legend Rod Laver. The former world Number 1 was courtside all day and night to see Team Europe and Team World battle it out over the course of the three-day exhibition.

The unique scoring system of the Laver Cup means that both singles and doubles are equally as important. On Friday, all four rubbers played are worth one point, this doubles on the Saturday followed by the finals day on Sunday, where each victory awards three points. to the unlucky (but not for 13 points the trophy.

Team World, in terms of rankings, had a weaker side however their roster featured some talented players, who love to turn it up when the stakes are high. John Isner and Nick Kyrgios were the poster boys for a wellcrafted team. Captained by the fierce McEnroe brothers, the group surely made the Europeans work the long weekend shift.

Friday started with instant drama. The match format permits a 10-point super tie break to be played when the match is tied at a set each.

Dominic Thiem and Denis Shapovalov took to the court first, the two levelling eventually, causing the first tiebreaker to be played. The Austrian world Number 5 courageously saved match points to give Team Europe an early lead.

The Friday session continued with Jack Sock, Stefanos Tsitsipas and the Federer-Zverev duo all winning, leaving Europe 3-1 ahead as the first day concluded.

The Saturday definitely brought the most exciting scenes to the TV, with the highly anticipated matchup of Federer/Kyrgios whetting everyone’s appetite. The Aussie took the first set through a tiebreak however Federer, who was playing in front of his home crowd (this almost feels like that everywhere), was able to push back, forcing another gripping super tiebreaker, which he took 10-7.

This placed Europe back into the lead, 5-3. After Nadal was able to take down Milos Raonic in straight sets, the pairing of Nick Kyrgios and Jack Sock reduced the deficit to 7-5 Europe by the end of day 2. Gripping stuff – no wonder how tickets for the event sold out within two hours of being put on sale.

As quickly as the Laver Cup starts, it ends. The final day was already upon us, with so much still to play for. Team World walked out with real determination, taking the first two rubbers in the doubles and singles, giving them the lead for the first time, 11-7.

Alas, Team Europe’s fairytale ending followed, with Roger Federer stepping onto the court to beat John , taking the event to a deciding match where the winner takes all. Alexander Zverev and Milos Raonic rallied to a set each, which would force one final tiebreaker to seal the deal.

With some clear tension, the Canadian chose the familiar play of serve-volleying, in an attempt to rush his opponent. The tactic backfired, with Zverev finding some sweet passing shots to take a lead; he never looked back. Team Europe had done it again, three Laver cup titles in a row. It’s such a promising sign for tennis that events like this are only gaining popularity, especially in these Western countries.

Seeing the greatest players on the planet being coached by their teammates during changeovers is so interesting, as it shows that there is always room for improvement, even amongst the best.

In future, I’d recommend that if you see the Laver Cup in your TV magazine, that you give it a watch. It’s so much more than just a game of tennis.