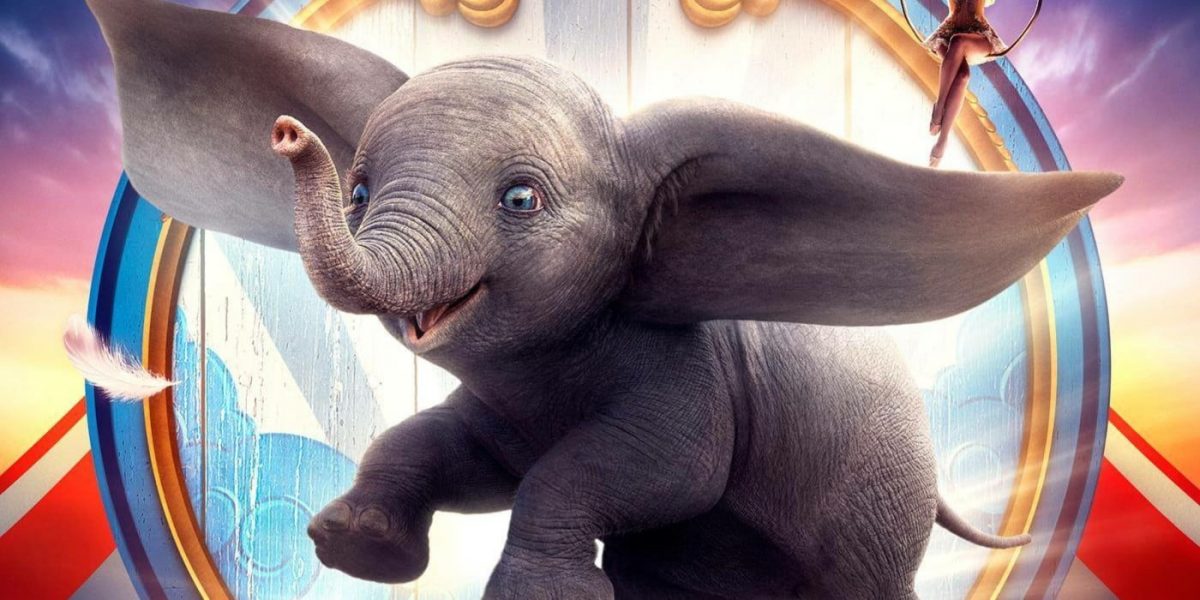 Look, Disney. I’ve been sort of guiltily fine with the sinister monopoly you’re establishing in Hollywood. But that was when you were making good stuff.

Out of the three live-action remakes, Disney is giving us this year, 1941’s Dumbo makes the most sense to make. Firstly, it’s much much older than either Aladdin or The Lion King. Secondly, it’s a bad movie that you could improve on unlike either Aladdin or The Lion King. Why you would give the reins to Tim Burton I can’t really fathom but hey, you’re the money machine Disney.

I’m not really gonna bother with the plot because… well it’s Dumbo. What I am going to bother with is remarking how I found this movie utterly hateful. I despised every second of it. I couldn’t wait for it to end and I can’t wait to get old enough that I forget I saw it.

My opinion is that the first problem is that Dumbo in itself is just a stupid story. An elephant is born with slightly larger ears than a normal elephant and everyone gives him the Rudolph the Red-Nosed Reindeer treatment until it turns out he can fly. Every character is unreasonably cruel to the point where no one acts like a human being and it’s impossible to connect with any of them.

Also, Tim Burton, you don’t get to spend months scientifically designing the cutest CGI elephant humanly possible and then have every character remark how hideous and freakish he is while simultaneously expecting the audience to go “awwhhhh how adorable”. Pick one. Both doesn’t work.

While we’re on the subject of CGI though, let’s talk about that. It’s public knowledge that Disney has just acquired 21st Century Fox for $71 Billion. I would say they must have taken most of that money out of Dumbo’s effects budget. Nothing looks convincing. The animals look like they were animated in 2005. When someone rides Dumbo it appears as though it was animated on Snapchat.

None of this is helped by the atrocious performances from almost all of the cast. Colin Farrell, who’s normally great, looks bored and miserable in every scene. Danny DeVito occasionally shows signs of life but for the most part, is just cashing his cheque. Eva Green is painting by numbers in her head. The only actor who looks like he knows what type of movie he’s in is Michael Keaton. He knows full well it’s trash and appears to be having a ball being the most flamboyantly camp villain since the Power Rangers movie.

And look… I don’t want to be unduly cruel to the child actors. No children are good actors full stop. So it’s not their fault that they always have exactly the same blank, nonreactive expression on their faces. What isn’t fine, however, is a supposedly experienced director who decides to place the entire movie on their shoulders and not tell them how to handle it. These kids are the closest thing to main characters we have (it’s certainly not Dumbo). It’s incredibly obvious that they don’t know how to react to a CGI elephant that isn’t actually in front of them. So they just stare at every “astonishing” twist and “wondrous” moment with the wide-eyed enthusiasm of a Buckingham Palace guard.

The kids are symbolic of the shambolic writing, too. The little girl character is an ambitious scientist. Do you know how I know that? Is it because she at any point demonstrates her scientific mindset? No it’s because characters constantly spout hollow references to the scientific method like a conman trying desperately to convince you you’re buying a saloon car instead of a donkey.

If you think I’m being unfair to a kids movie then I invite you to remember that Beauty and the Beast was completely fine and The Jungle Book was good. Hell, Spiderverse is for kids and that was the best film of last year. No demographic is an excuse for lazy filmmaking. Also, I wouldn’t worry. I reckon Disney will be fine regardless of my opinions.

Also, that little girl looks so much like current day Thandie Newton that it was distra-… never mind. Just googled it. It’s her daughter. As you were.