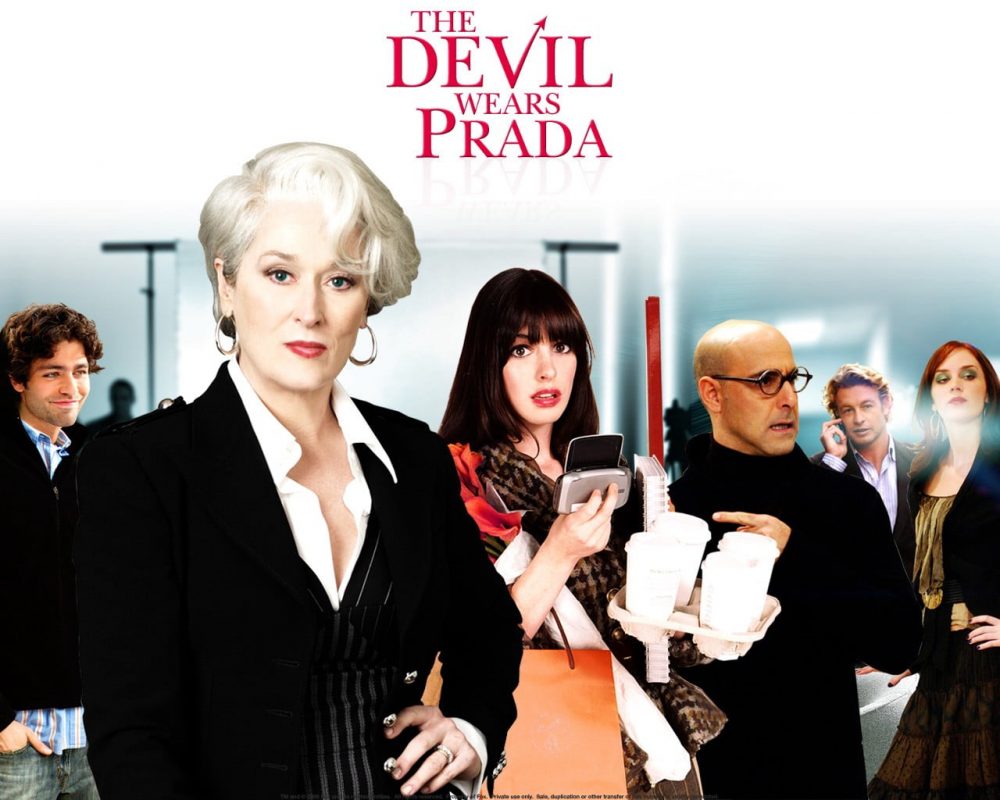 Classic 2000s films are hard to beat, though the first time I watched The Devil Wears Prada, it didn’t strike me as such. I turned it off halfway through. However, upon giving it another go, I can confirm that this 2006 star-studded Hollywood dramatisation of the book by the same name, is a classic 2000s film. And it is hard to beat.

Set in New York City, recent graduate Andy, played by the effortlessly beautiful Anne Hathaway, is desperate to land a career in journalism. With no regard for fashion at all, Andy ends up becoming the PA to the ice-cold, mega-stylish and all-powerful Miranda Priestly – editor of Runway zine.

Just to make things easier for you, Anne Hathaway’s character is basically the author of the book, Lauren Weisberger, who was PA to none other than Anna Wintour – Vogue‘s editor-in-chief since 1988. Although it is said that the book isn’t solely based on Wintour (for legal reasons, probably), there are huge similarities between Wintour and Priestly, played by acting giant Meryl Streep.

As usual, Streep is excellent in The Devil Wears Prada. She oozes style, class and the chill that a fashion mogul and cut-throat editor would have. Streep delivers the many ridiculous orders and instructions of fictional Priestly as they should be: off-the-cuff and completely natural. You believe in Priestly when Streep performs in this film, and you laugh at her like it’s intended. If Streep’s performance in The Devil Wears Prada wasn’t on top form, the whole film would fall apart immediately.

Hathaway’s performance is good – probably her best – and alongside Emily Blunt, she shines like a star. Blunt is, as usual, somewhat lacklustre in her performance and is playing the same, old character as usual. However, this just adds to the comedy of the and doesn’t interrupt its genius much at all.

As the plot follows Andy’s journey to career stardom, she is faced with a series of personal dilemmas, repeatedly having to choose between the boss or the boyfriend, or the office or the bar. It’s the classic, age-old struggle a young woman straight out of college usually has to face.

With touching moments, scenes of hilarity and absolutely to-die for fashion included in every second of the film, The Devil Wears Prada is fantastic. A must-watch for basically everyone.