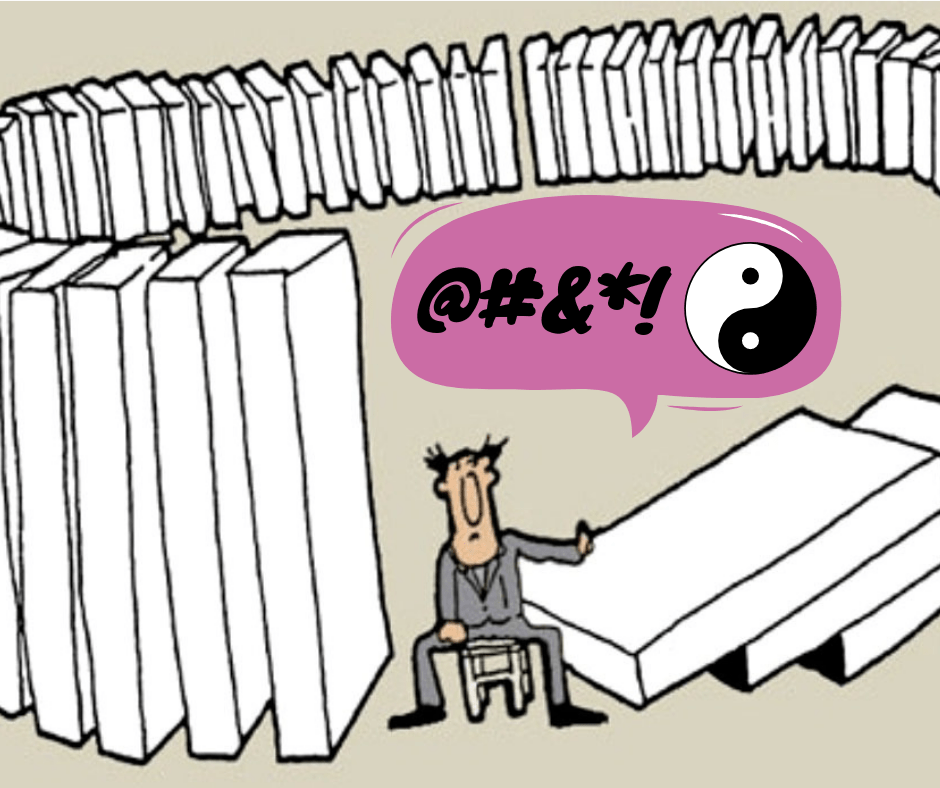 The concept of karma originates from India and the Far East, mainly in Buddhism and Hinduism; it suggests that our current actions have an impact on the future. We’ve all heard the Culture Club classic ‘Karma Chameleon’, but what does it all mean? Is it really a bitch?

Fundamentalists of karma believe that our actions from previous lives affect the present. They would also tell you that, if you currently live immorally, you will be reincarnated a lesser being. So, human, the life of a cockroach may well be just around the corner.

Depending on the extent to which you believe in it, karma behaves as a ‘force’ that acts to maintain the universe’s natural balance. The difference between karma and luck is that the former is not influenced by breaking a mirror or walking under ladders; superstition plays no part in karma. Instead, we can carve out our own outcomes via thought, choice and action. And, if you think it’s all nonsense, I’m not going to persuade you otherwise.

Often used to condemn the actions of others, the expression ‘Karma’s a bitch‘ is popular in the western world. However, the misappropriation of karma has gone on far too long. Describing it in such a way makes it sound as though there’s always something out to get you: but karma is not the enemy. You are.

It’s helpful to look at it as that teacher in school you thought ‘had it in for you’. As Mr/Mrs Suchandsuch relentlessly breathed down your neck, it felt as if they had singled you out, which naturally caused resentment. It may not always be the case, but said teacher usually had (or has) your best interests at heart.

Personally, the more I think about it, the more I believe their intentions were motivated by encouraging me to fulfil my potential. Although not a problematic child, I was still very easily influenced and distracted, which was probably frustrating for them. Their attempts to keep me on the straight and narrow were misconstrued on my part all along. Like karma, they were showing me a better way to how I was behaving.

‘Karma is a bitch’ is, therefore, a little inaccurate. Yes, karma is there to ensure we don’t get away with acting like a complete moron. But it isn’t there to punish us or make us feel so. In fact, it exists to empower us in making better decisions to live more fulfilling lives. If karma was a bitch, it would behave more like an angry swingball, ready to knock us over as we reflect on what went wrong. Instead, it allows us to take stock, review, and move on to do better next time.

Karma is a guide people, and possibly the most important teacher of all.