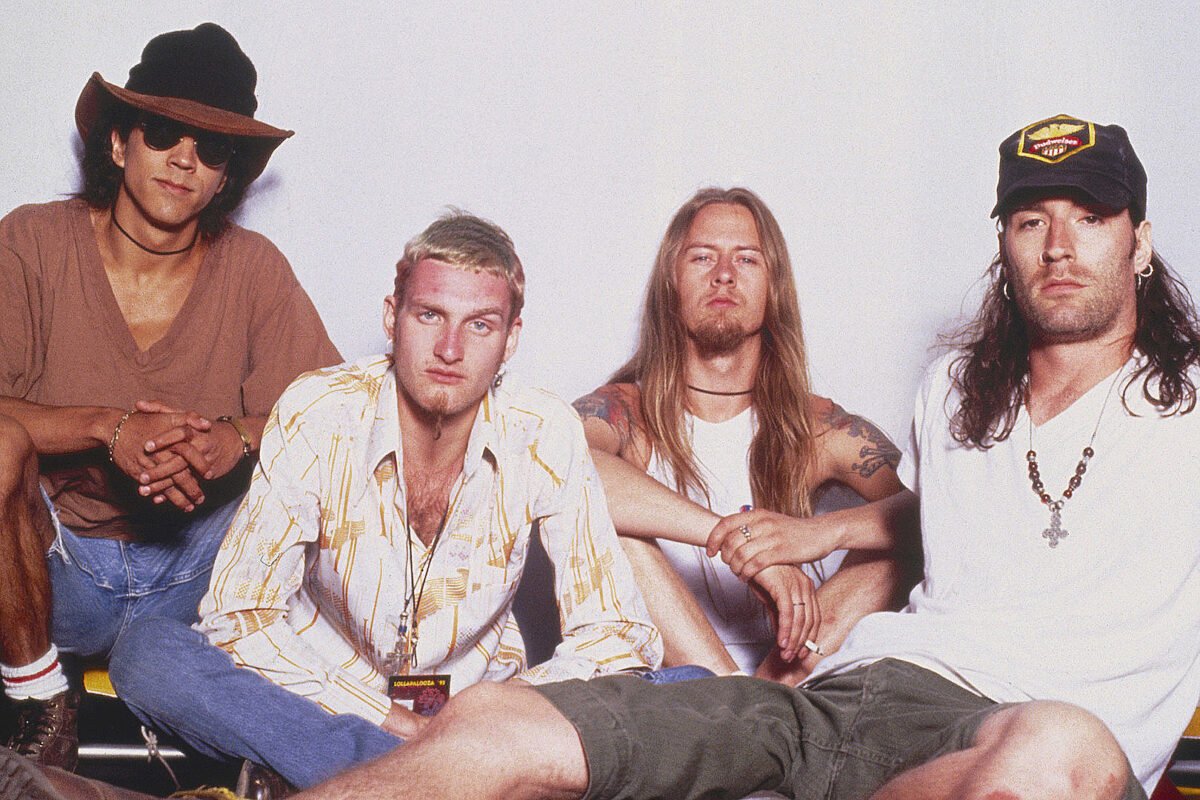 Part of the famous grunge rock explosion, Alice In Chains was arguably one of the biggest groups in the scene. Alongside bands like Nirvana and Pearl Jam, Alice In Chains had a major involvement in the creation of the grunge sub-genre in the ’90s.

With a musical career that has spanned over 30 years across two stints, Alice In Chains has released a large amount of material across their discography. This list aims to showcase five of the bands greatest hits.

Though not from the peak of their musical popularity, Black Gives Way To Blue is an important entry in the discography of Alice In Chains. Serving as a tribute to former lead singer Layne Stanley who passed away in 2002 following a battle with substance abuse, Black Gives Way To Blue opens a new chapter for the band while also paying respects to their former frontman.

With the piano on the song performed by Elton John, Black Gives Way To Blue though unlike the rest of the band’s discography serves as an emotional closing of a chapter.

A song focusing on the Vietnam war, and more specifically the experience of singer/guitarist Jerry Cantrell’s father, beneath its exceptional instrumentation, Rooster speaks on important issues.

Though disconnected from his father due to factors attributed to his experiences in the Vietnam War, Cantrell says: “On Rooster, I was trying to think about his side of it – what he might have gone through.”

Man in the Box is one of the most popular Alice In Chains songs ever. Coming from the band’s debut album, Man in the Box helped to set the tone for the future of the group’s discography.

Nominated for a grammy award in 1992, Man in the Box certainly served as a fantastic showcase of everything that Alice In Chains had to offer to the rapidly expanding grunge scene.

Down in a Hole brings together the signing talents of both Layne Stanley and Jerry Cantrell in an exceptional fashion. With clever imagery conveyed through the lyrics, Down in a Hole is an instant classic.

Though softer than many of the other offerings from Alice In Chains, Down in a Hole is without question one of the best compositions the group have put together.

The closing track of 1992’s Dirt, Would? is certainly a classic. Opening with a bassline that instantly hooks you, Would? is a perfect track that encapsulates the greatness of the band.

Written by Jerry Cantrell as a tribute to Seattle based singer Andrew Wood who died of a heroin overdose, this tribute track doesn’t hold anything back and packs a punch from the offset.