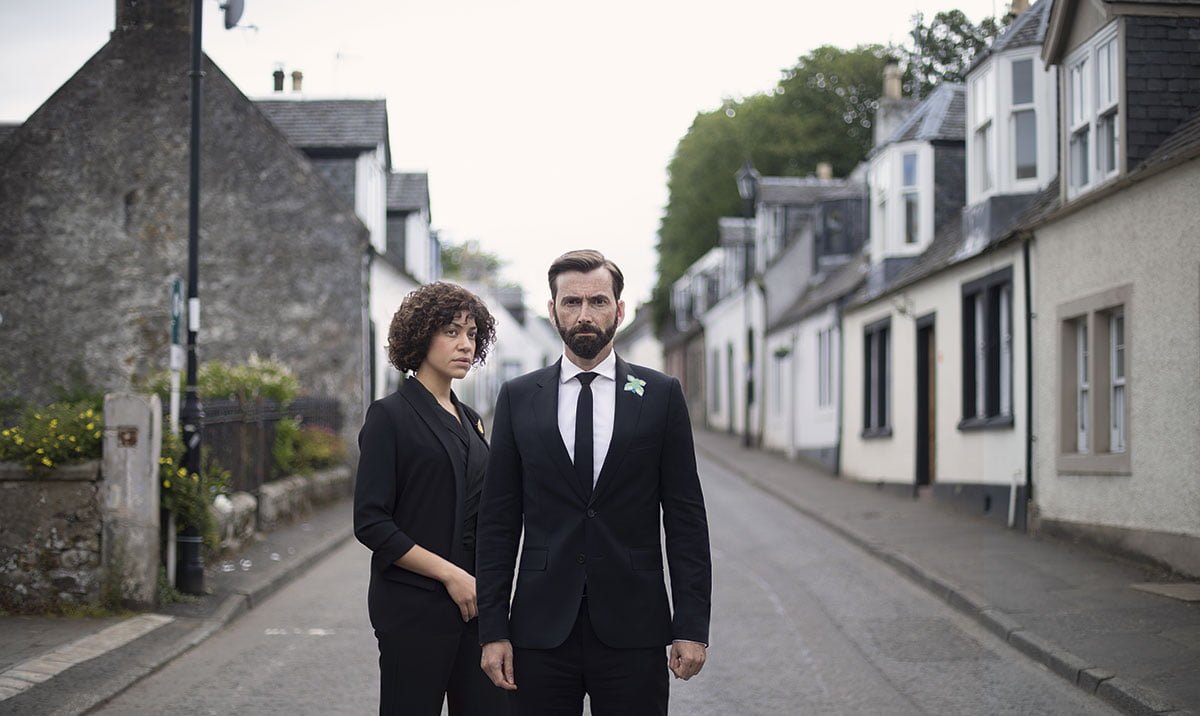 When a housefire devastates a close, rural community in Scotland, killing most of the family apart from one – the father – and it’s on Channel 4, you know there’s foul play somewhere. Deadwater Fell, streaming on E4, is a four-part drama in which said foul play unravels at break-kneck speed.

The first episode of the series is a little confusing. There’s flashbacks that you don’t know are flashbacks, and the whole thing begins with a car crash, then a ceilidh dance. As Deadwater Fell continues, it becomes apparent that all of these incidents are indeed connected, and lead up to the main event: the suspicious house fire. All of this happens in the first episode, as does Tom’s (the father, played by David Tennant) recovery from the blaze.

During the fire, the family’s friend and police officer Steve Campbell, portrayed by Matthew McNulty, breaks into the inferno and drags out David Tennant’s body, as well as his wife Kate’s (Anna Madeley). Literally twenty minutes later, we find out that Tennant’s character and PC Campbell’s girlfriend, Jess (Cush Jumbo), had had an affair.

These events are all absolutely mad, to begin with. And there are twists and turns aplenty which are genuinely shocking, to be honest. David Tennant is, of course, impeccable in the part of an abusive husband. Yes – a shock, isn’t it? Nevertheless, after the slightly strange first episode, Deadwater Fell is a great drama. Almost as good as Broadchurch. Then there’s the final episode. It’s a recount of the whole fire and where Tennant’s character ends up.

We get to find out exactly what happened (which we basically knew already) but not why. This, for me, is why Deadwater Fell is a 3.5 and not a full 4-star. Tennant’s character is basically evil, but we don’t know why and never get to find out. It’s a bit too much telling us what he’s like, rather than showing us how he got to be like that.

Still, Deadwater Fell is worth a watch. I had the full four hours done one afternoon and I enjoyed it. Plus, David Tennant.