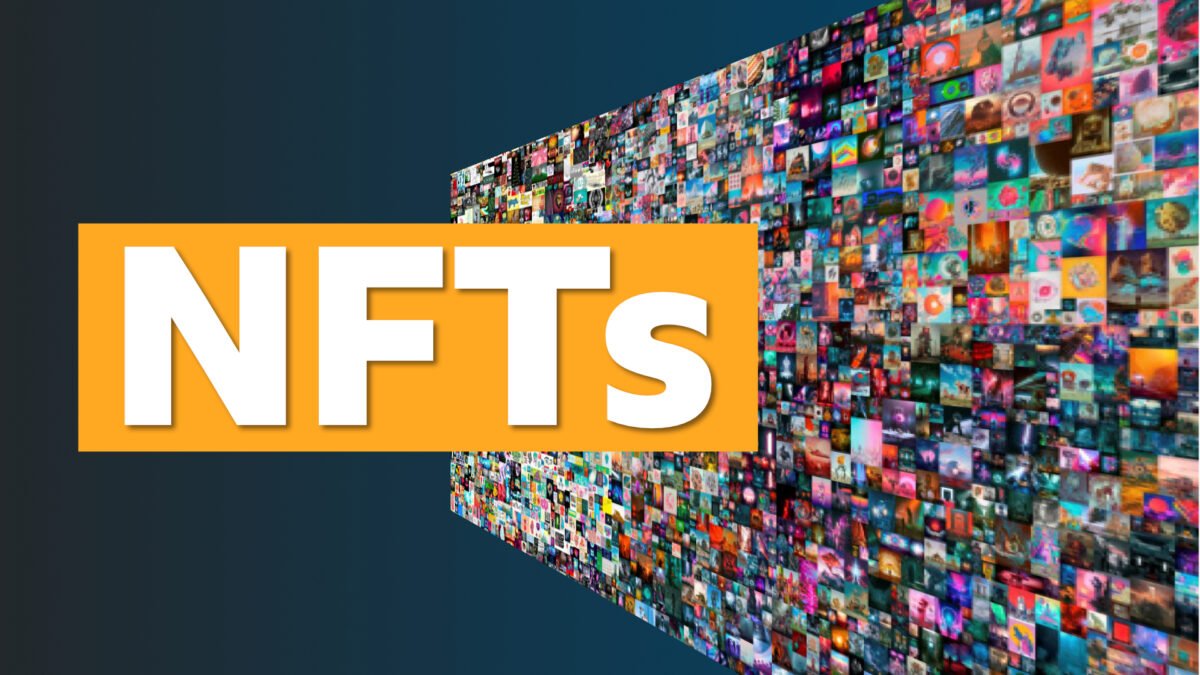 It wasn’t long ago that cryptocurrency dominated headlines and its popularity soared. Now, NFTs are becoming a large deal in major circles.

While their popularity has soared, many people are likely unfamiliar with what they actually are. 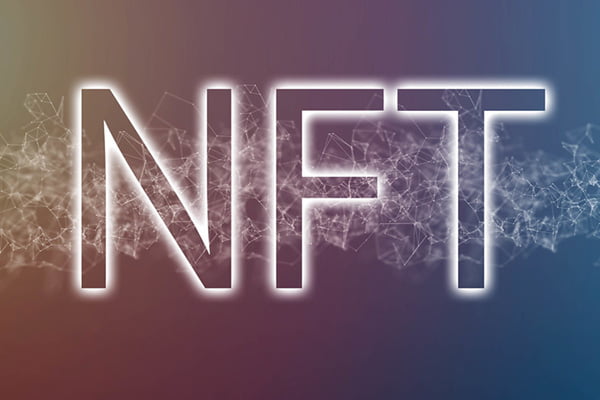 As far as defining an NFT goes, the abbreviation stands for non-fungible token. The most simple way to describe one of these is as a kind of asset stored in a digital space. As these assets are hosted in such a way, it is possible to verify their ownership.

Unlike typical cryptocurrency, which is fungible (can be interchanged), NFTs are individually unique, meaning if you were to trade an NFT for another NFT, you would receive something completely different.

With a fungible token (like bitcoin), if you were to trade one for another, you would receive the same asset in the end.

You could take a traditional art piece as an example. An original art piece is typically certificated to prove it is real. While copies of it may exist in the world, the true owner of the artwork can be verified through documentation.

NFTs are very similar in this sense. While someone could hold a duplicated piece of work, the network is able to verify if it is original or not.

On 23 August, Visa announced via their Twitter account that they had invested in the CryptoPunk. The investment total came to around $150,000. The publicity surrounding this particular move has opened people’s eyes to the NFT trading scene. 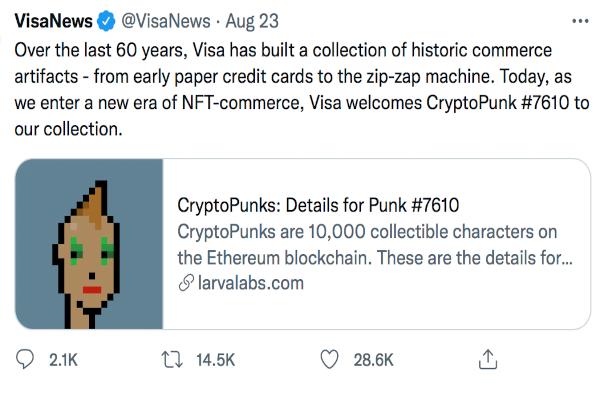 Many people might question such a large investment into an eight-bit digital asset. However, in contrast to some other NFT sales that figure is actually quite small.

The current record for an NFT sale came from artist Beeple. His piece EVERYDAYS: THE FIRST 5000 DAYS was sold at auction for $69,346,250. This is a staggering figure and really showcases the potential value that NFT marketplaces can hold.

Furthermore, NFTs are not exclusive to artwork. Many different projects can be created in the form of NFTs. Earlier this year, Kings of Leon released their album as an NFT, making it the first major music release using the asset.

The expansion of the NFT space has been rapid in recent days. Opensea, a platform used for trading in NFTs has experienced massive success in the last month. The trading volume for the website in the last 30 days has been $1.5bn. This is a 542% growth since last month. 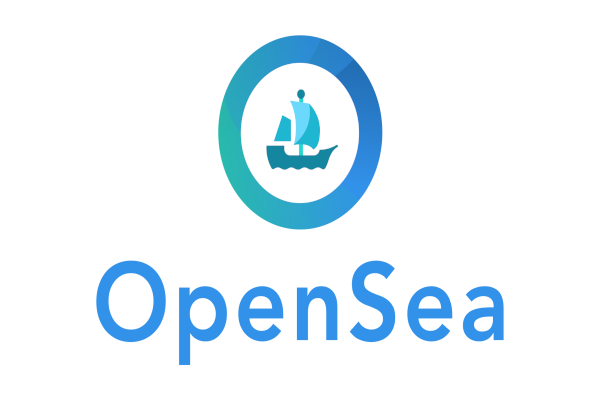 This growth is exceptional and clearly showcases a large market demand for NFTs. With trading volumes increasing in such a large way in only 30 days, it almost feels like the NFT marketplace is poised to explode into the mainstream any day now.

For many early investors, NFTs have likely had a huge impact on their incomes. The money which is being invested and spent is certainly life-changing for people who entered the scene during the early stages.

It will be interesting to watch the continued growth of the NFT platform, especially on the back of the cryptocurrency trend which boomed earlier this year.

Will the emerging community be able to maintain stability amidst massive growth?