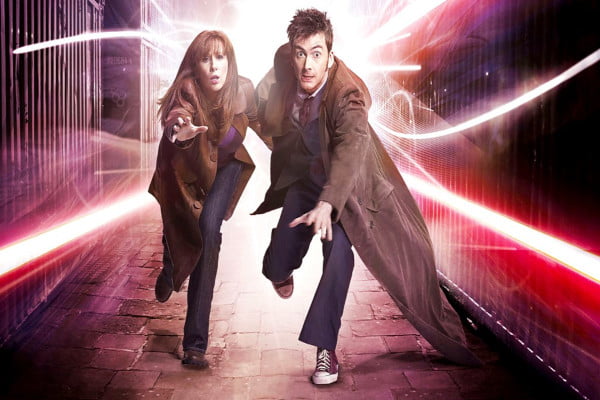 The final season for showrunner Russell T Davies and the Tenth Doctor, David Tennant. Series Four is arguably the most acclaimed, iconic, and beloved season of television the show has ever produced.

So loved was this era that five special episodes were produced throughout 2009 to pay tribute to their final days. All these episodes had wildly varying degrees of success. Let’s have a look at them now. 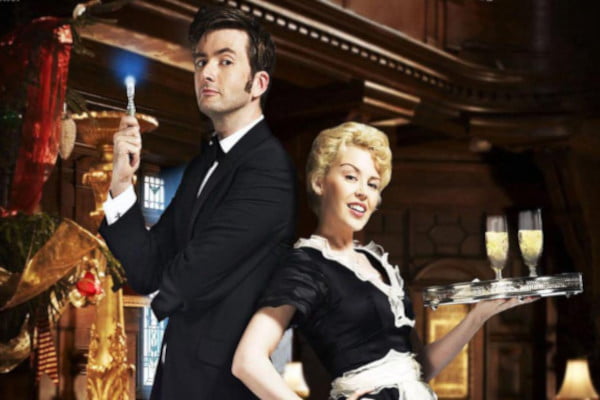 It takes a very keen, nuanced eye to understand the decisions made in this over-the-top Christmas special. A bit too nuanced. If you thought this was the dumbest episode of Who ever made, I wouldn’t blame you. Too silly, too bombastic, bizarre writing… but I guess that’s the point? 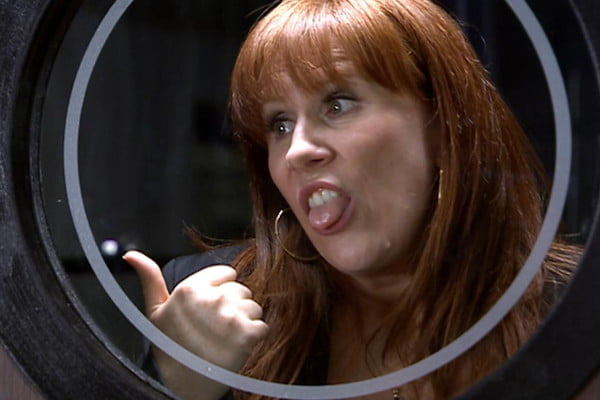 The Donna Noble restoration project begins. The story takes a backseat to slapstick and innuendo. Tennant and Tate’s chemistry is electric and sets the stage for one of the best companions to have ever boarded the TARDIS. 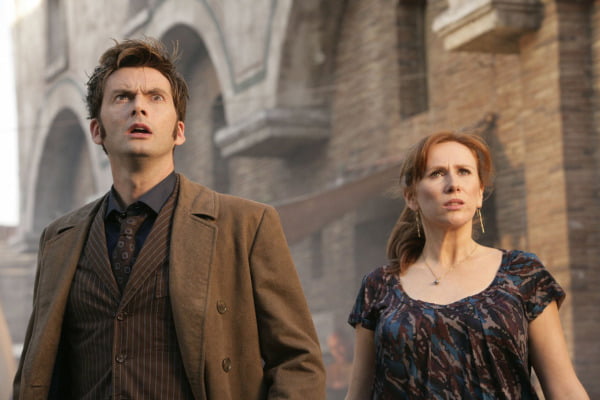 A much better episode in hindsight of later seasons. Donna cuts straight to the Doctor’s core on her first outing. The moral dilemma pitched here is compelling and Catherine Tate silences all her doubters in the last ten minutes. Shame about the wasted supporting cast led by that one guy. Peter something? I can’t remember his name. 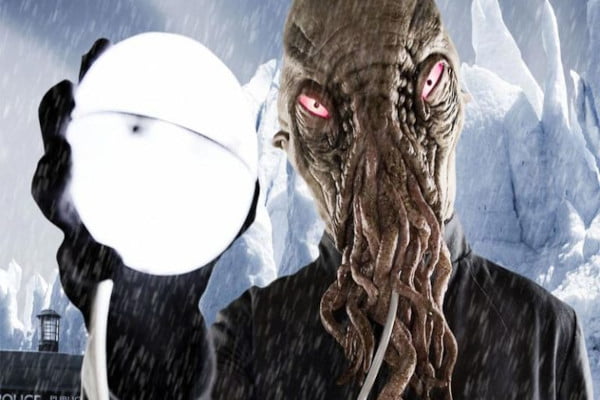 This sobering slave story writes the Who handbooks chapter on hard-hitting themes in a way the current show never could. A crushing dissection of imperialism and corporatism remains powerful and eye-opening without ever losing its manic spirit. 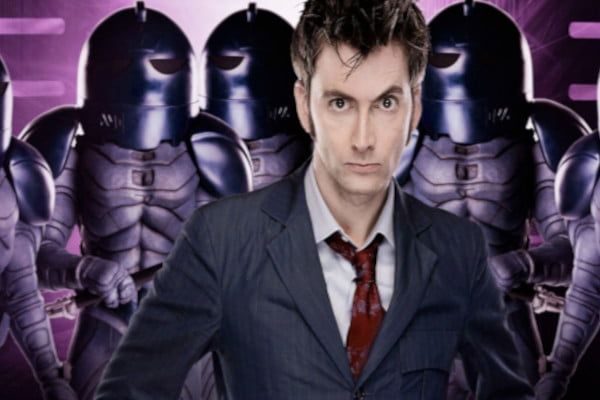 This first-parter works when it decides to scale and strip down to more tender character moments. Of course, with the Sontarans around the corner, that would never last. It’s a slow burner, with everything exciting saving itself for part two. 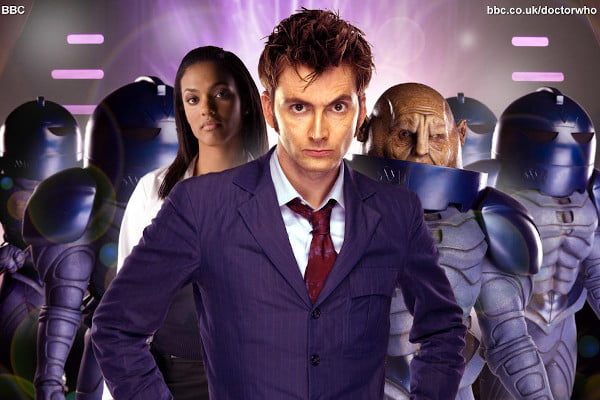 Helen Raynor gets a second chance at writing a solid conclusion and she really steps up her game here. This episode feels so much bigger and grander than it has any right to be. And that is all thanks to some really solid set pieces and compelling conflict driving the story forward at every step. 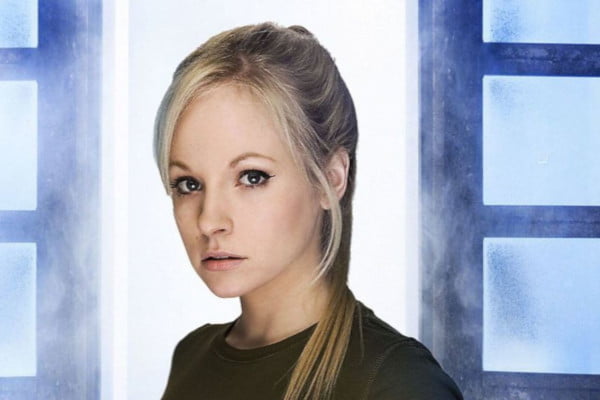 The literal clickbait episode. It baffles me how many people are clamouring for Jenny’s return when they should know deep down it will never happen. A stale and generic conflict that lacks any confidence and ambition to turn itself into the full-scale war the script is trying to justify. The skip of Series Four. 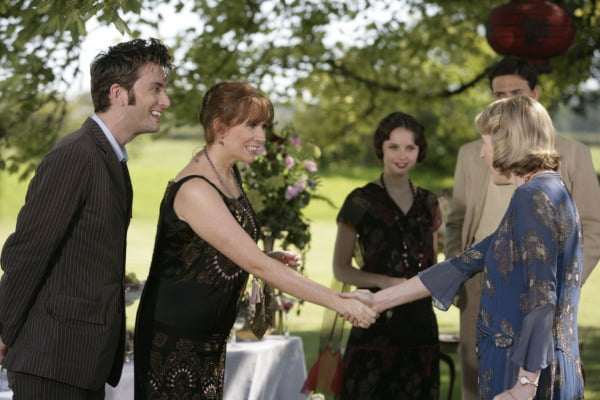 I found out recently that many fans dislike this episode. Why? Sure its mystery does cheat at times but when you have a script and cast this funny and charming, do you really care? A sheer pleasure to watch. 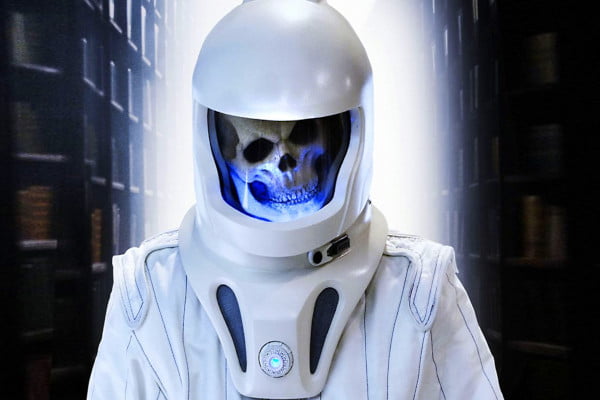 This perfectly directed, atmospheric, and disturbing adventure remains one of the best in the revived series. How it perfectly juggles the threat of the Vashta Nerada as well as introducing the mystery of the Library and the even bigger enigma that is River Song defies all explanation. Yet somehow they did and excellently at that. 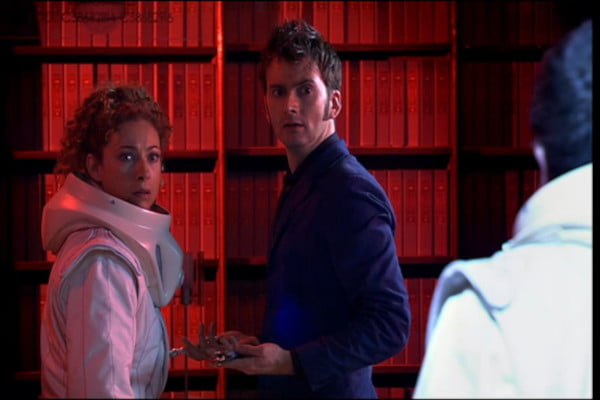 The script is a little less tight than its predecessor but that does not stop Moffat’s final story of the Tennant era from being a scary, thought-provoking and emotionally powerful thriller. Watch this from River’s perspective after seeing her journey play out and try not to cry. I dare you. 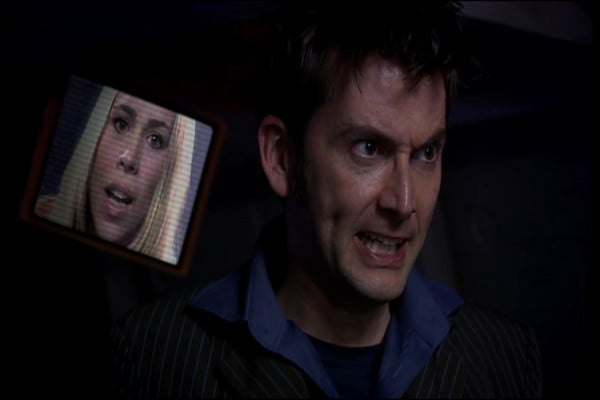 Without a doubt, the most frightening episode of Doctor Who ever. A claustrophobic and anxiety-inducing bottle episode that shows humanity at its most tribal and malevolent while rendering the Doctor to his most helpless and powerless.

Like many great horrors, it is what you don’t see that makes it truly terrifying. Everyone involved should be proud of being part of my favourite Davies-era story ever. 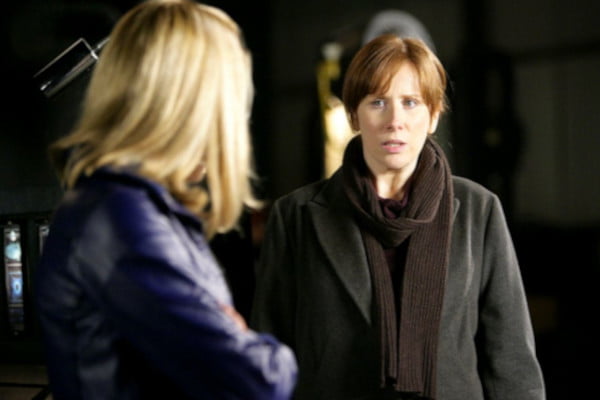 This bleak dystopia is as nihilistic as they come. Catherine Tate and Bernard Cribbins absolutely shine as the consequences of a universe without the Doctor bleed on-screen with stark and profound brutality. It’s a great watch but not an easy one. 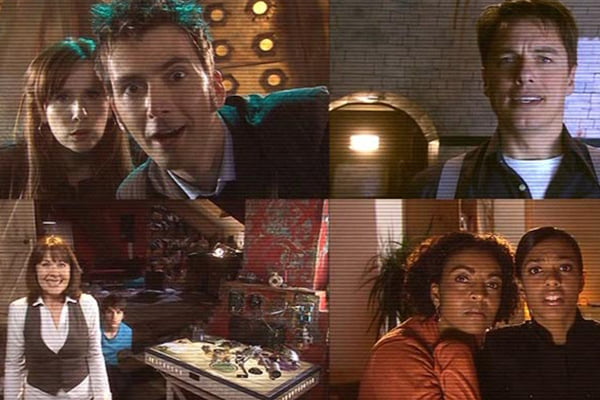 Before Avengers, there was this. I can’t tell you how much of an event this crossover was as a child. The culmination of almost four years of universe-building remains possibly the biggest story ever in Who, yet it remains remarkably restrained and it’s no wonder the cliffhanger left the whole nation in shock. 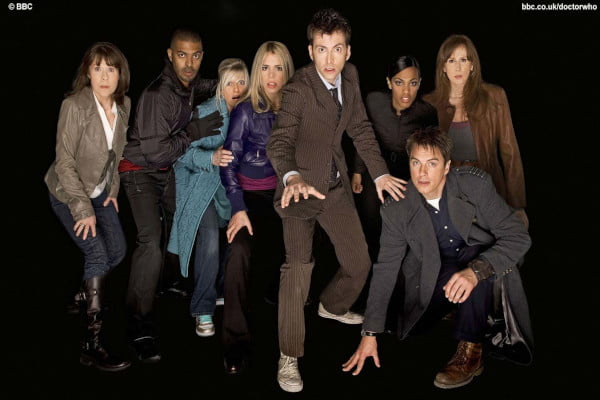 It’s far too ambitious for its own good. Ending on a classic Davies deus ex machina and a conflict that ends with around twenty minutes to spare. Kind of deflates everything. However, the last act contains some of the most heartbreaking and powerful moments to be seen on the show. Oh, we’ll miss you, Donna. 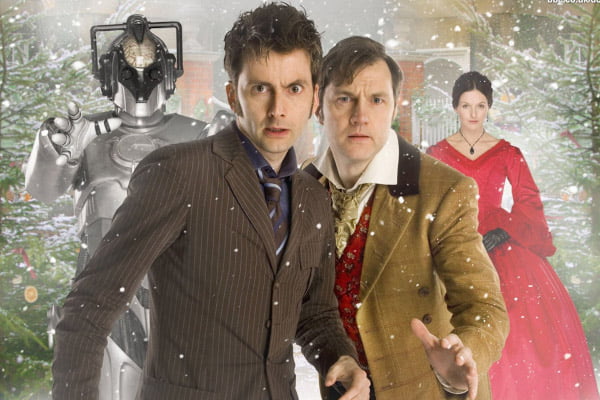 A lot of this episode banked on the media frenzy at the time involving Tennant’s impending departure. It didn’t help with David Morrissey’s casting, who was considered a long-time pick for the Doctor.

However, take that away, we’re stuck with a melodramatic yet overblown time-waster that continues to misuse the Cybermen and end up in a rather embarrassing finale. 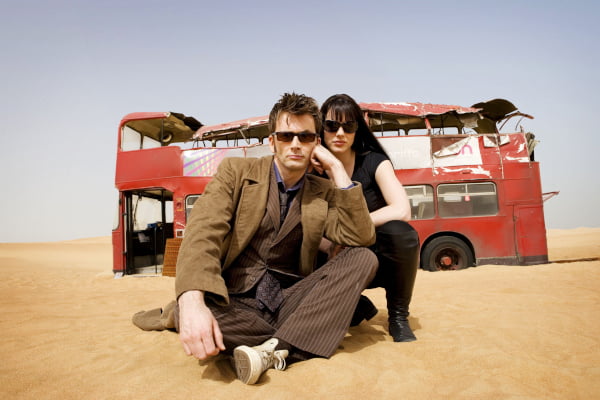 I have nothing to say here. This might be the most forgettable story of the revived series and I don’t blame you if you thought you had skipped an episode here.

A young Daniel Kaluuya shows up… so there’s something. Oh, and good thing that companion was a one-timer because I could not stand her. Can we move on? Yes, let’s move on. 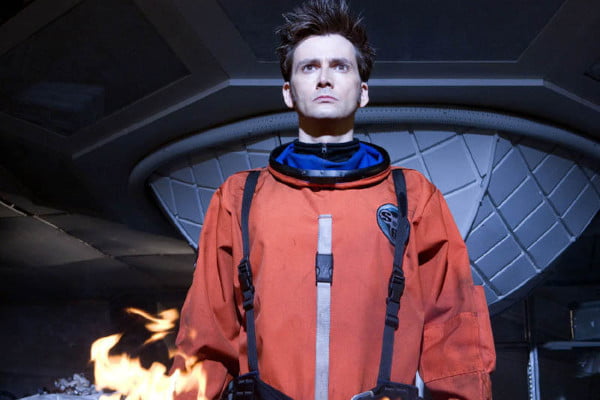 Tennant expertly portrays this character as a megalomaniacal monster who can bend space and time at his will like some sort of depraved God. It’s a terrifying and emotionally dangerous adventure despite all that but it’s the darkness in the Doctor’s soul laid bare that makes this episode iconic.

Watch Tennant’s eyes in the last conversation with Adelaide. They will make sure your nights are sleepless. 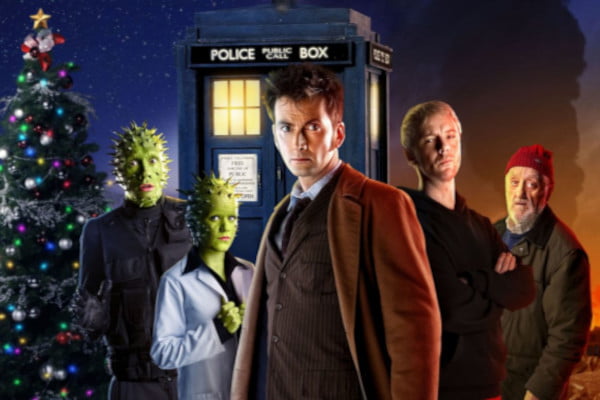 For Tennant’s penultimate episode, this is not how anyone would want it to go. I find myself laughing hysterically at almost every moment involving the Master and not intentionally. That cliffhanger still makes me annoyed to this very day. 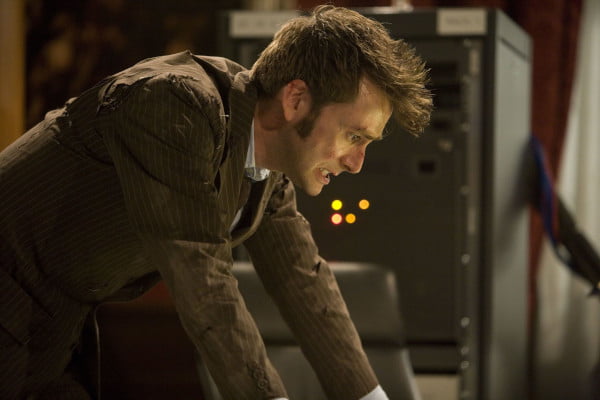 Tennant’s swansong is a melancholy and profound love letter to the character he has worshipped since childhood. From his apparent victory being snatched away to his denial to his acceptance that he must move on.

Davies and Tennant show why this era remains the most iconic and beloved in the almost sixty years that this show has aired.