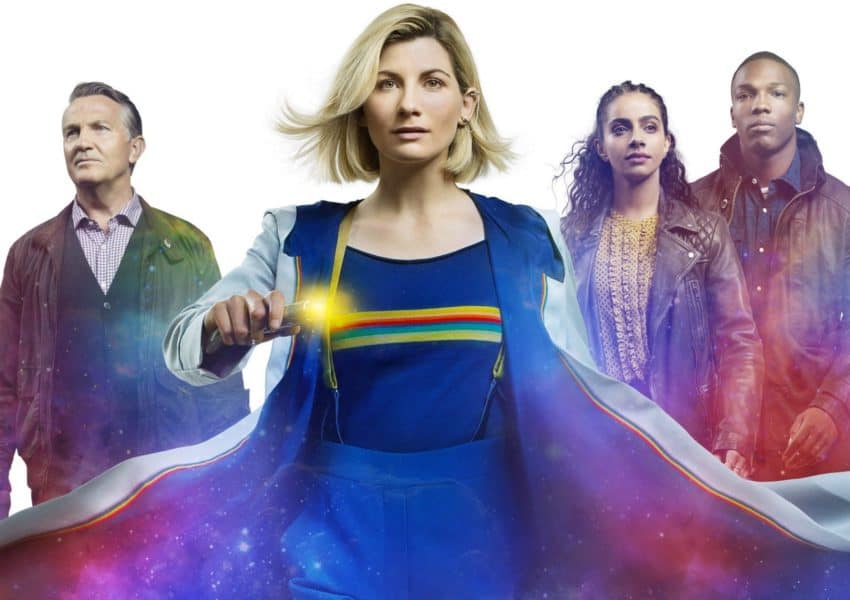 Doctor Who’s latest season and Jodie Whittaker’s second in charge of the TARDIS. Will we see a resurgence of quality in the show that misfired a few too many times last series?

It’s evident that the presentation and effort has multiplied tenfold in comparison to series eleven, with all four main actors seeming more comfortable in their roles. However, series twelve has many twists and turns that destabilise the show as a whole, as we will soon find out. 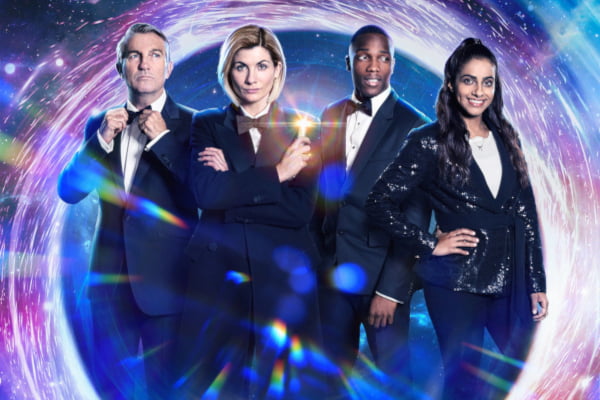 A fast-paced and pulsating series opener that is globe-trotting done well. Already I can see the confidence in the direction has improved as well as the performances of the supporting cast.

A fun twist is all that folk would talk about when they see this episode but you can tell the cast and crew are having a blast with this spin on a spy thriller. 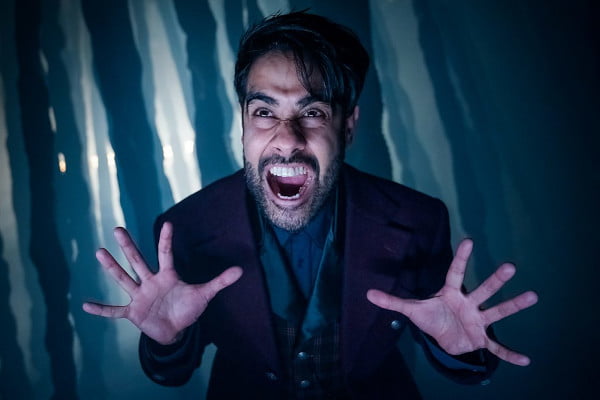 And we’re back down to earth. This whole script seems like Chibnall just chucked it in one of those bots that generate random stories, except event those programs have some cohesion. This second part has absolutely no idea what it wants to do with itself.

As talented an actor as he is, Sacha Dawan doesn’t hold a candle to previous iterations of The Master, ending up looking like a child trying too hard in a school play. 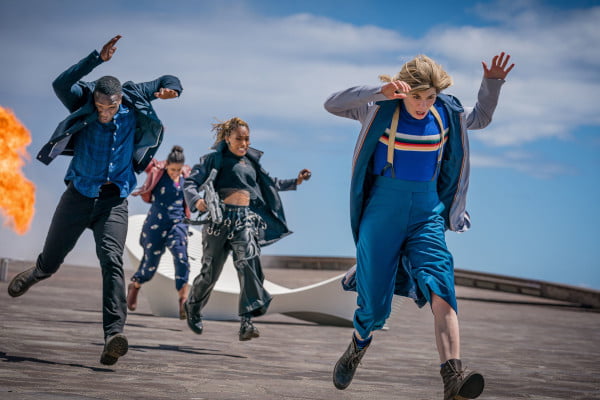 Taking the crown from Love and Monsters as maybe the most embarrassing and inept episode of new Who ever made, Orphan 55 is an abject failure on every ground. The writer, Ed Himes, wrote last season’s best episode, and it is unclear if he was having a weird day when writing this or he’s just a one-trick pony.

The worst supporting cast in the show’s history mixed with the laughable direction of the monsters and a contrived and forced message lacking in any subtlety, I can’t decide whether to laugh or cringe for the entire runtime. I feel embarrassed for everyone on set here. 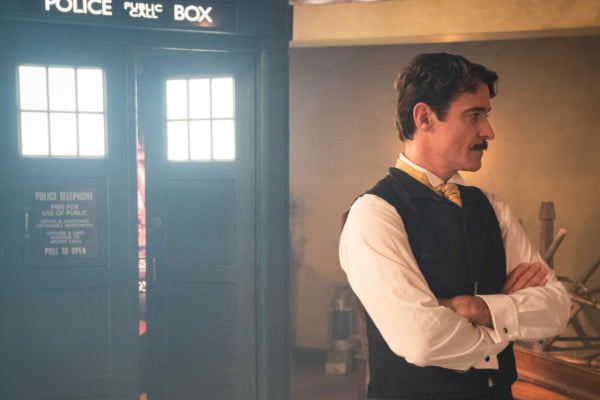 A pleasant surprise. It is flawed no doubt but I appreciate a historical that isn’t afraid to scrap any romanticisation of its subject. Tesla is portrayed with incredible depth, showing his arrogance, self-pity, and competitiveness.

If it wasn’t for Vincent and the Doctor, I would really call him my favourite rendition of a historical figure. There is some great character work too.

Yaz gets some great scenes, Graham and Ryan provide the comedy while Jodie’s doctor sows some seeds for some long-awaited malice. It’s never easy being the smartest in the room. 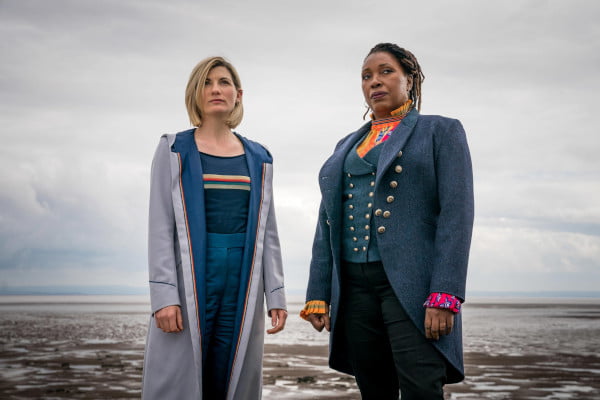 Somebody let Chibnall loose again. This time, taken everything that Russell T Davies has set up and emptied it out of his ideas box. Judoon, Captain Jack and a chameleon arc are in service of a red herring anyone can see coming.

I’d love to see more of Jo Martin as she does superbly with what she’s given but the episode is either portraying the Judoon at their least intimidating (why can’t the Captain Judoon stay still?), a forced Jack at his most annoying, or too busy setting up future episodes. Can we just have a solid singular story? Is that too much to ask? 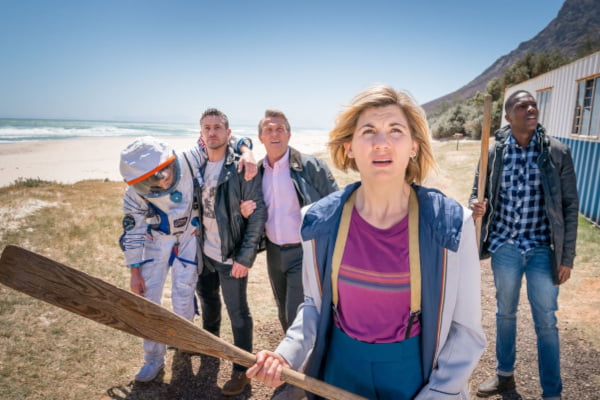 Pollution is a subject that is easy to mess up and do awkwardly. However, this episode’s great pacing surprisingly nice visuals do a great job of not bogging the whole story down in nihilism.

The virus in the story is a genuinely skin-crawling visual. It made me wish that we got a bit more of a body-horror vibe, as I really think that would hammer home the message but I am more than happy with what we were given. 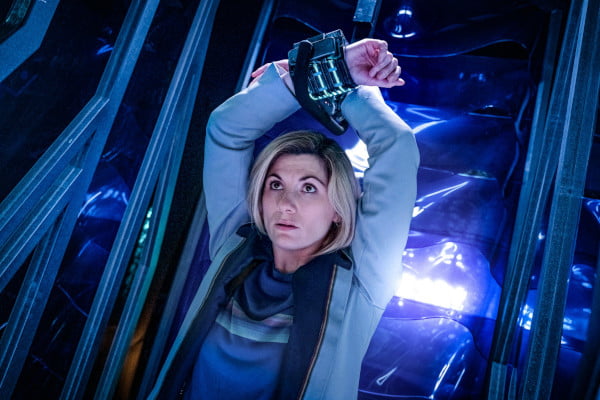 Don’t get me wrong, I see what is being done here and it’s a competent enough attempt of tackling serious issues. This episode goes to dark places. It’s like a combination of The God Complex and Amy’s Choice except delivered in a much more direct and brutal way.

However, its hokey presentation and writing don’t lend themselves to the subject matters, many of them will resonate and disappoint viewers. Much criticism has been delivered to Thirteen’s dismissal of Graham’s anxieties and I can see why. Just hug the guy please, or at least someone set her straight.

This story in general feels like a writer who read one blog about mental illness on Facebook and decided to deliver the bare basics on a screen. An audience deserves better. 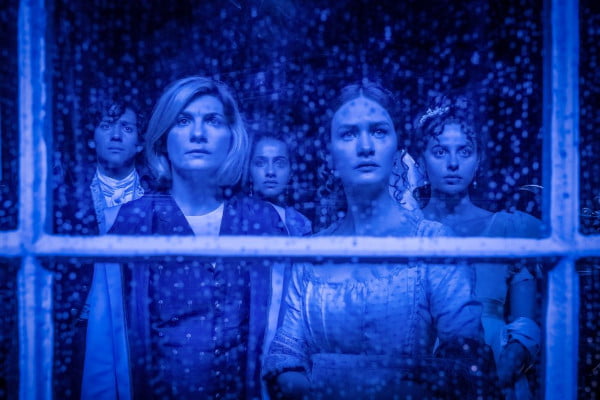 A breath of fresh air for the Cybermen is enough to distract you from a ghost story that sadly cannot capitalise on its creepy premise. It’s actually one of the funnier episodes of the era and the lack of balance in its tone really prevents it from being rated higher.

I just appreciate how we are finally able to see Thirteen become mean and ruthless. It kind of comes out of nowhere but her words are like a dagger into her companion’s heart. 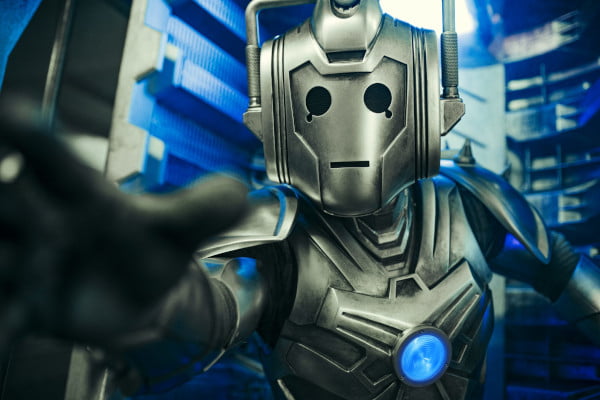 I’m in love with the idea of post-apocalyptic human survivors battling a hopeless war with seemingly unstoppable Cybermen but this episode does the bare minimum. It ends up being a rather boring affair, with underdeveloped characters giving verbal nudges about ‘how much they’ve developed’ rather than showing any actual growth.

The opening fifteen minutes are rather engaging but the arc-maintenance finale sucks any investment out of the plight. The Master showing up to tease us once again legitimately made me stand up and exclaim ‘come on’, That’s a bad thing, Chibnall.= 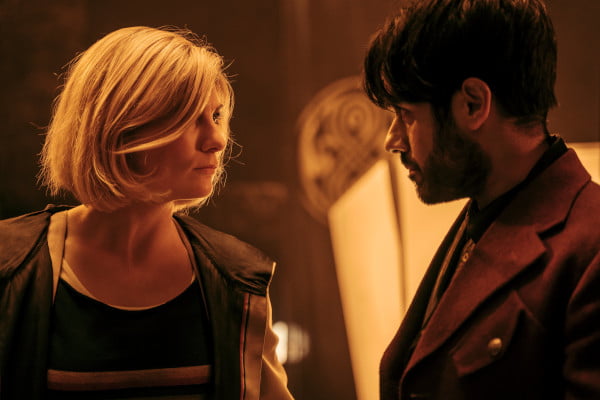 There is a story here, I am aware. But the truth is, the entire episode revolves around the twist. The continuity-shattering twist erodes almost 60 years of history, and for that, I don’t feel comfortable grading it.

The idea of adding ground zero to the Time Lord’s regeneration powers is great but making the Doctor the Timeless Child is in total bad faith, removing the magical elements of how anyone can be a hero. The ‘chosen one’ cliche that I am so sick to death of.

Making the Master the child would have made so much more sense, and even if this is retconned in series thirteen, this decision still reeks of desperation and cluelessness. It tells me that a writer wanted to drive home his madcap concept into the core of Doctor Who and it is an element that just goes against what this show stands for. 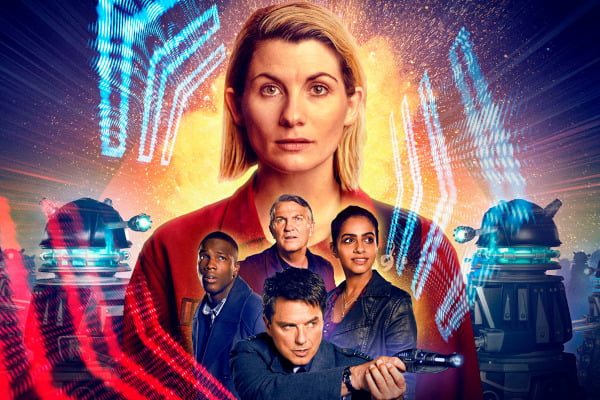 And last for now, we have the second New Years Special in a row featuring the Daleks. While better done here than they were in Resolution, Trump guy is back for an even more eye-rolling scenery chew and Captain Jack’s shoehorned appearance lacks any charm he previously had.

What I appreciate here is the final few minutes, with Ryan and Graham’s departure bypassing any bittersweet or downright depressing endings. I think more companions deserve that. Both these men’s times in the TARDIS was less than stellar but did improve as time went on.

Bradley Walsh proved to be the highlight of this era on many occasions and Tohsin Cole, while appearing misdirected for two seasons, while surely get the chance to prove himself soon.

With Chibnall and Whittaker announced to be leaving after series thirteen, one can wonder what is in store for the future of Who. Chibnall’s departure is pleasing to many fans but Whittaker feels like wasted potential, a good Doctor definitely lying underneath some shoddy scripts.

We’ll be back to review the new episodes sooner than you think. Until then, enjoy the ride while it lasts.