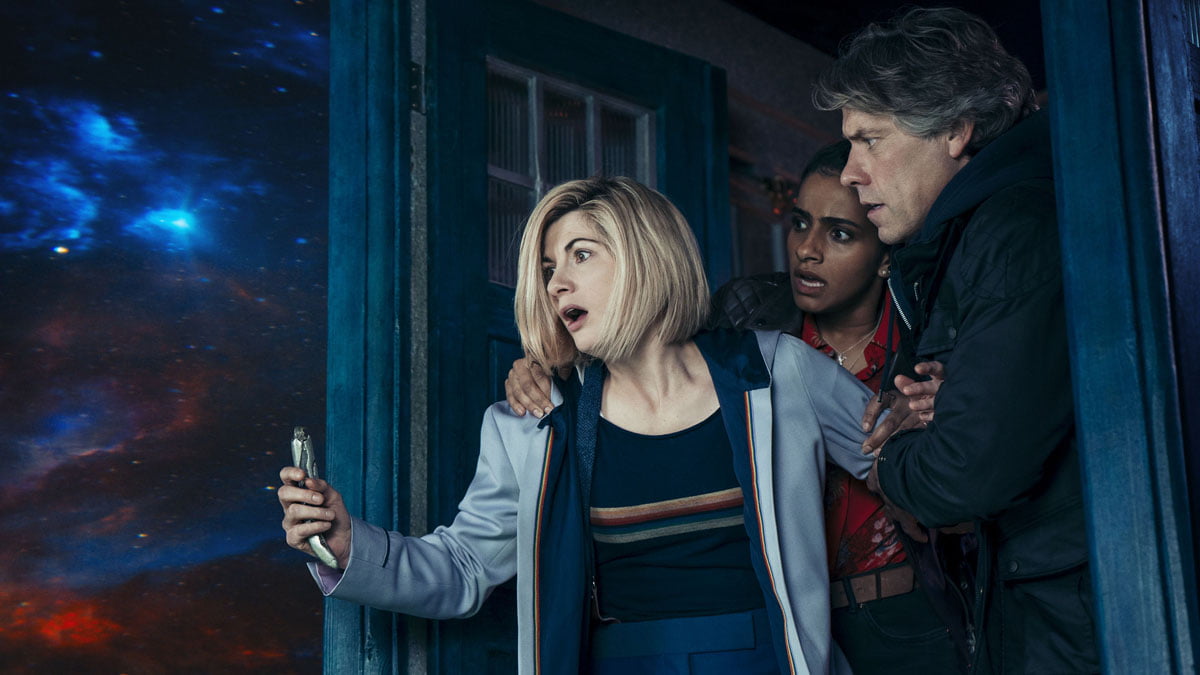 Jodie Whittaker’s final season in Doctor Who, titled Flux, kicked off this weekend. In what will be a single story spanning six episodes, the first story, called The Halloween Apocalypse, kicks things into gear in trademark Chibnall fast pace.

In this outing, we see the Doctor and Yaz confront an entangling series of obstacles all connecting to a destructive force of galactic proportions called ‘the flux’. Among this is new companion, Dan, played by John Bishop as well as returning foes such as the Weeping Angels and the Sontarans.

As you can see, this episode has a lot going for it. That isn’t even half of what is featured. 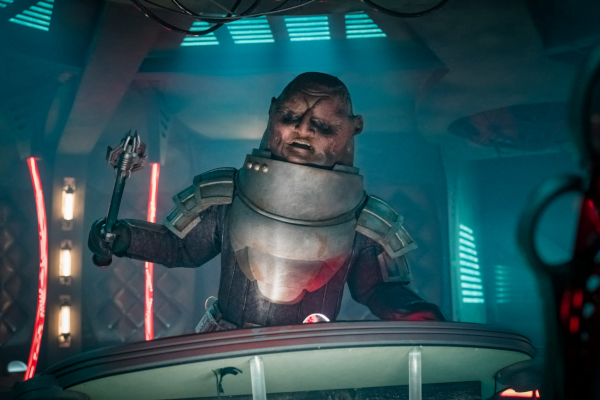 In this case, it will be interesting to see how it holds up in future viewings, seeing as the majority of the content here is setting up the stage. Fittingly enough, we the audience have to sit through a shlocky affair before getting to the good stuff.

The first half of this episode is an awkward mismatch of setup, exposition, and failed comedy. Chibnall still doesn’t know how people naturally speak and feels the need to treat the audience like we’re dumb by spelling everything out for us.

The Halloween Apocalypse really goes full-out with the crazy costumes and aliens but it always feels restrained. We have a menacing villain who claims to know the Doctor but his performance never justifies the fear intended despite the great design.

Likewise with Karvanista, who is quite literally Dog the Bounty Hunter. His physical appearance and interactions with Dan innately require being farcical and humorous but even that doesn’t happen. 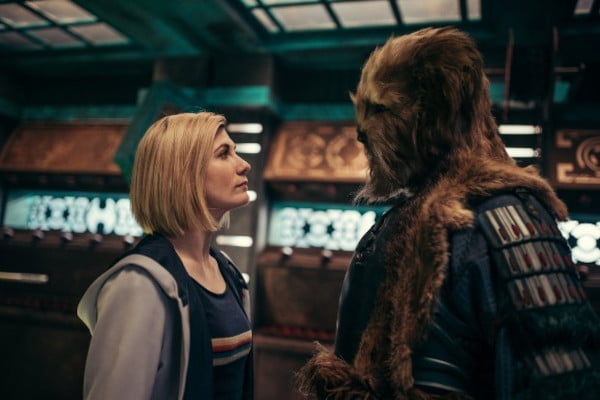 This just seems like Chibnall has a lack of confidence in what has been created. The fact he has to name this obviously silly character something he thinks is really cool like ‘Karvanista’. Calling him something like ‘Fido’ or ‘Rex’ just opens up all sorts of comedic possibilities.

Then the biggest problem, which I am very sorry to say, is John Bishop’s performance. His line delivery here gave me real Ryan Sinclair vibes and none of his reactions felt genuine. John Bishop is a comedian yet his timing seemed so off here, and that is dark stain what could have been an entertaining character.

When the episode reaches the halfway point, things definitely pick up. The story becomes more focused and the stakes rise to a very compelling degree. 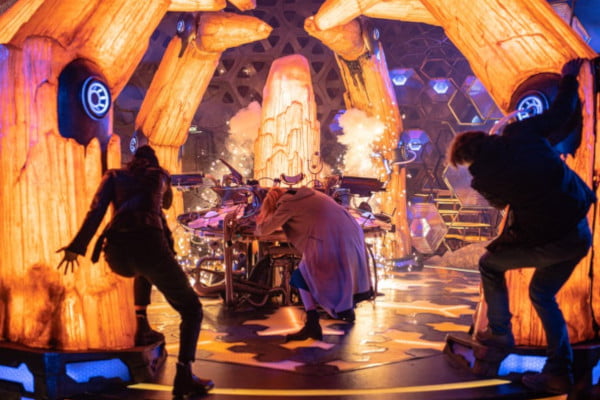 It also allows Jodie to flex her pedigree of talent, running the whole gambit of emotions. She reminded me a lot of Matt Smith at his best, disguising her guilt and sadness with a layer of youthful enthusiasm and foolhardiness.

Yaz as well is given a better opportunity to express her growth thanks to the no longer stuffed TARDIS team. Her dialogue is still cringe-inducing but it’s a breath of fresh air to see her lead the way and actually challenge the Doctor.

The second half of this episode certainly plays to this era’s strengths of being a fast-paced adventure with little room to breathe. Unfortunately, there is so much to get through that you forget what you’ve seen until you’re reminded of it at the very end. It’s like the producers know.

However, this is just the start of Flux. And this is an episode where it all hinges on the payoff. Fingers crossed.